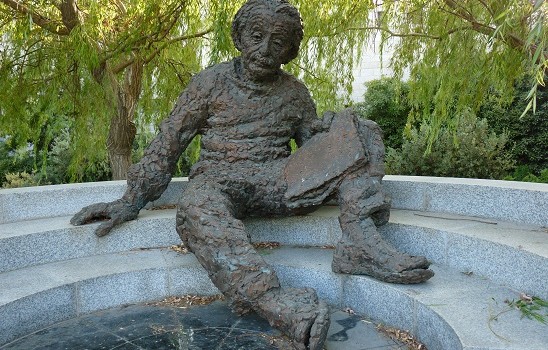 No, this article doesn’t tell you how to manage consulting services for your organization effectively or anything like that. I’m not even going to encourage you to follow Peter Drucker’s methods, but I am going to explain a few of them for your consideration and use. Of course, Drucker consulted with organizational heads to help major corporations, small companies, entrepreneurs, non-profits, and even political leaders of countries to solve their problems and reach their goals. At times he asked for a $10,000 check to his foundation for a few hours work.  He was awarded the Medal of Freedom for his many accomplishments, by President Bush, the highest civilian award in the United States.

However, I’m not talking even about hanging out your consultant’s shingle or applying for work at a major consulting firm either. What I am saying is that consulting in Drucker’s unique way can have major benefits for your organization and for your own development as a leader. Drucker died ten years ago, and you can’t hire him any longer, for any amount of money. However, if you can understand and apply Drucker’s methods of consulting you can solve your own organizations problems ethically and with social responsibility even today. First, you should understand that Drucker’s way of performing consulting differed from all others.

Drucker was a good friend of Marvin Bower who was the McKinsey and Company CEO who had the most impact on this, the largest consulting firm in the world, even more than its founder, University of Chicago accounting  Professor James McKinsey. Bower and Drucker had nearby cubicles when both were mobilized for consulting duty during WWII. They remained friends thereafter and throughout their careers, however while Bower build a 9000-consultant, worldwide firm, Drucker didn’t hire or supervise anyone, not one other consultant. He worked out of his home by himself, was his own secretary, answered his own phone, and met with clients in his living room. Still Drucker’s worldwide impact was at least as impressive. He commanded and received a $10,000 donation to his Foundation for an hour or so of his time. He was the consultant behind numerous success stories. However, new clients unaccustomed to his methods said that Drucker’s consulting was frustrating at first.  Previous consultants marched in, studied the situation thoroughly and departed. They returned sometime later and told their clients what they should do, frequently used impressive PowerPoints with their presentation,  presented an invoice for a lot of money and disappeared until the next time. Drucker on the other hand asked lots of questions but refused to answer questions about what to do, saying that this wasn’t his job. Yet the questions he asked his clients led them to come up with solutions which led to success repeatedly and they usually hired him again.

To command this kind of compensation and get the superior results he obtained, Drucker consulted differently and to paraphrase Teddy Roosevelt’s recommendation, to “speak quietly and carry a big stick,” Drucker “spoke quietly and carried a big trick.” That “big trick” was his unique consulting methodology, practiced by few, other consultants. If any.

Einstein’s most productive period was in the single year 1905. In that year he produced four groundbreaking theoretical papers, one of which eventually won him the Nobel Prize. None of these four papers were byproducts of government grants, corporate contracts, or university laboratories. Instead, Einstein was working at the only job he could get after he received his doctorate from the University of Zurich. He was working at the Swiss Patent Office in Bern at an entry level job as an assistant examiner. He was not particularly well thought of and had just been passed over for promotion. So, between patent examinations and without help or permission from anyone, he set out to solve some perplexing issues which stymied other scientists and solved four in one year.

Einstein described the first step in the development of one of his most famous theories that year: the Theory of Relativity. He conceived this theory not in a laboratory, but maybe while reclining on a couch or the most comfortable chair he could find. He said that he imagined himself traveling along the side of a beam of light and that the theory of relativity came not from computer calculations or with the help of white-coated assistants, but what he saw in his mind.

Einstein described his process of analysis in an article in the London Times written in 1919. In this article, he wrote about what he called “Theories of Principle.” He stated that these theories “. . . employed the analytical, not the synthetic method. Their starting-point and foundation are not hypothetical components, but empirically observed general properties of phenomena, principles from which mathematical formulae are deduced of such a kind that they apply to every case which presents itself.”  According to The Oxford Dictionaries Online, the scientific method is defined as "a method or procedure that has characterized natural science since the 17th century, consisting in systematic observation, measurement, and experiment, and the formulation, testing, and modification of hypotheses.” That is the synthetic method. Einstein’s analytical method, based on observation, dropped the pre-conceived hypotheses to analyze the observation.

Sir Arthur Conan Doyle had similar ideas. He was the originator of the most famous fictional detective in the world: Sherlock Holmes. Sherlock Holmes had an acute ability to deduce highly accurate information from his observations. His assistant, Dr. John Watson, did not have this ability.

Watson complained to Holmes of his own inability to see all the facts that Sherlock seemed to see. The great detective responded: “On the contrary, Watson, you see everything. You fail, however, to reason from what you see. You are too timid in drawing your inferences.” In other words, it was not only that that one must observe, but must analyze and draw conclusions from these observations holistically. As Drucker commented similarly on his ability to predict the future: “I only look through the window and observe something which has already taken place. Then I ask myself, what is likely to be the result of this thing which has already occurred.” much like Sherlock Holmes’s criticism of Dr. Watson: “You see everything, but fail to reason from what you see.”

Did Drucker’s method of reasoning evolve from that of Einstein and Arthur Conan Doyle? It is impossible to say. We do not even know whether Drucker read Einstein’s article. Drucker was only ten years old at the time it appeared, and it is probable that he did not then know sufficient English. However, Drucker did refer to Einstein later, and it is possible that he read the article at some later date. Drucker lived and worked in England from 1933 to 1937. It is possible that he enjoyed Doyle’s fictional works about the adventures of master Detective Holmes in English, if not in his native German.

Synthetic Research and the Research of Einstein and Drucker

What is the difference between synthetic and analytical research? Synthetic research starts with the known and proceeds to the unknown. Thus, one starts with a hypothesis and tests this hypothesis to prove or disprove it, usually by examination of a sufficient number of examples and testing mathematically for a significant difference.

Analytical research starts with the unknown and proceeds to the known. There is no hypothesis. One definition of analytical research is “a specific type of research that involves critical thinking skills and the evaluation of facts and information relative to the research being conducted.”  The analytical process is how Einstein, Sherlock Holmes, and Drucker arrived at their theories. This extended to Drucker’s consulting practice both in his use of what he observed and in his reasoning in considering a client’s issues. Unlike Dr. Watson, he was not timid in drawing his inferences. However, he didn’t supply his clients with answers. Rather, he supplied them with questions. In this way Drucker got his clients directly involved in the process.

Questions and Their Value

By asking questions, Drucker not only demonstrated the advantages of analytical thinking over the synthetic method, he put his clients to work on the issue, and who would be more understanding of the challenge and the need for the consulting better than his clients? Certainly not a consultant, and not even Drucker. Drucker knew the right questions to ask. In asking them Drucker put the most qualified individuals to work on the issue, his clients. They were more qualified than even the questioner (Drucker), who claimed that he, himself, was always ignorant at the beginning.

Drucker’s five basic questions came from his consulting experiences. What is your mission? Who is your customer? What does your customer value? What results do you seek? What’s your plan for achieving those results? However, he asked many others. He was good questioner. And his questions were not rocket science.

No Power Points or four or nine-celled matrices were required. In all my graduate courses as Drucker’s PhD student, I never saw him draw a single four or nine celled matrices: no cash cows, stars, dogs, question marks or any other grouping. nor use of any mathematics more complex than addition, subtraction, multiplication, and division. Yet he achieved amazing results and so can you.

*This article is syndicated.