How You Can Overcome Your Problems with Uncommon Commitment* 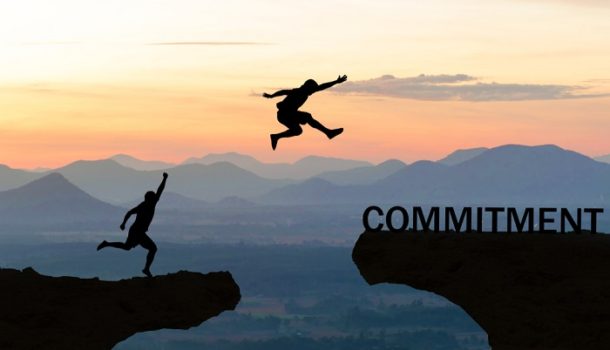 “Unless commitment is made, there are only promises and hopes"

Drucker knew that uncommon commitment was difficult to measure quantitatively, but it was of incalculable value in advancing a career or leading an organization to move ahead. And he knew what it took to get what you want, and to have the level of commitment necessary to reach the top.

He wrote: “Unless commitment is made, there are only promises and hopes… but no plans.  Unless there are personal commitment to the values of an idea and faith in them, the necessary efforts will therefore not be sustained.”

In his own career, Drucker never doubted how he’d end up even though he did not have always have “smooth sailing”.  About the time that Hitler came to power, everything began to go wrong for him. He had an uncle at the University of Cologne who had indicated he could help him gain a professorship there. Hitler, Nazism, and Drucker’s Jewish blood ruined his early plans. Drucker was lucky and left Germany for England while he could still leave relatively easily. People who are committed to a goal tend to be lucky in achieving their goals.

Consequently, he left Germany for England right away when Hitler came to power in 1933. However, Drucker’s Austrian accent was heavy and his English speech was not perfect. He got nowhere close to a professorship in England. He was able to get work with an insurance company, and then a bank, the latter job attained through the good offices of another ethnic Jewish Austrian. He didn’t waste time and was soon hard at work at improving his English, and after hours, worked on his first book in the language that eventually made he and his ideas famous. He may have thought that it would help him attain his goal of a professorship at a major university in England. However, after struggling in England for four years, he decided that he would have a better opportunity for a professorship in America. The best he could manage at first was a part-time teaching position at Sarah Lawrence College in Bronxville, New York. In 1942, he finally attained his goal to which he had been committed since before he left Germany. He became a full-time professor at Bennington, a small girl’s college in Vermont. This was not, the University of Cologne, but his situation was extraordinary as an expatriate Austrian, but he was making progress toward his vision and goals.

Drucker continued with his extraordinary commitment, and as we know eventually attained his goal after writing Concept of the Corporation: he became a management professor at New York University and later a world-famous professor at the graduate school now named after him at what was then Claremont Graduate School in California. To reach the top, immigrant or not, you have difficulties to overcome.

Today, Nicole is famous in her field. She is CEO and Creative Director of one of the most renowned Music Production Companies in the country. She produces award-winning music for film, TV, advertising, branded content, movie trailers, all sorts of promos and more. She has won Clios and many other top awards and developed multimillion-dollar campaigns for some of the largest corporations in the U.S.

I first met Nicole Dionne when I interviewed her more than twenty years ago. Nicole Dionne had only a few years’ experience in the sound design industry then. She was in her mid-twenties and had recently been happily employed working for a local sound design company. What was to happen showed her uncommon commitment, tested her severely, but like Drucker’s setbacks, led to her success.

Sound design people are the folks that create sounds to fit the moods of commercial advertisements on TV and movie “trailers” which advertise movies.  Nicole had some ideas for improving the business, and so she put together a 30-page marketing plan and gave it to her boss at the sound company she worked for then.

Some months later she was distressed to discover that her boss hadn’t even looked at her ideas, much less approved or even considered them. Dionne talked to another employee, her sound designer about the possibility of starting their own business to implement the plan. Apparently, they talked a little too loudly. They were still in the talking stage when her boss heard about it, and she and her would-be partner were both fired.

But taking advantage of being out of work, the two did start their own sound design company. Or rather, they took the first step. They picked a name designed to attract attention: “PrimalScream.” Now all they needed was money. Nicole Dionne told the LA Times during an interview, “I took the business plan that had started it all, but had been ignored, expanded it and started contacting investors based on the creative sound design talent of my partner, Reinhard Denke.”

Dione met with dozens of venture capitalists. There was interest, but Nicole found that these investors wanted 60% of the profits and total control. That may have been normal in the industry, but as she saw it, it would be just as if she were back working for someone else. However, she didn’t stop trying, she just tried something else even after numerous disappointments. She showed uncommon commitment.

Nicole next tried seeking a small business loan. She approached almost sixty banks from all over the country with no success. Most told her that she had to have been in business for two years and have collateral. She and her partner cashed in their retirement plans, emptied their savings accounts, and came up with about $30,000. It wasn’t enough. Some potential lenders told her she should first drop the name of the company. “PrimalScream is a terrible name,” they said, “it violates all the rules.” She ignored them and pressed on with her uncommon commitment.

One day, someone recommended a specific loan officer at a certain bank. She made a presentation stressing her business plan and her partner’s creativity as an artist. She asked for $70,000. It was still a significant risk from the bank’s perspective, but based on her uncommon commitment, the bank took it. Or, at least part of that risk. The bank loaned her $30,000. It was barely enough to get started, but it was enough.

Now, they had to find a location. After many false starts, the two found a house located in a commercial zone. The rent was barely within their budget. Then, they had to somehow get the sound equipment they needed, which was expensive. It could have swallowed up their entire loan. Fortunately, the manufacturer was familiar with their work, and combined with Nicole’s uncommon commitment, they were able to lease the equipment at an amount they could handle.

Primal Scream did good work and was almost an immediate success. Within three months, they paid off the loan. Eight months later, they were able to expand their business into a full-blown music company with a 4,000-square foot studio in a suitable location. Then they won two “Clio” awards.  A “Clio” is the “Oscar” of the advertising industry. Their annual sales when I spoke with Nicole at that time exceeded $ 1 million, and after only two years, they were considered among the top firms in their field.

Nicole told me, “Whenever I start to worry, I press on harder. I always think of a herd of zebras being pursued by a predator. It’s not the one that keeps focused and has extraordinary commitment that gets caught and eaten. It’s the zebra that starts looking right and left to see whether other zebras are getting ahead, or worse, looking back to see how the lion is doing. The people I approached saw that. Whenever I heard ‘no,’ I immediately started figuring how to turn it into a ‘how.’ Others take note of your commitment and behavior accordingly. I have the same attitude in dealing with my people, and they know it. I am totally committed to whatever project we’re working on. But I am not tied to a way of accomplishing the goal.  In fact, I have what I call my “no” rule. That is, if anyone disagrees, about an approach, we find another way. But we stay committed to the outcome. There is always an alternative when you are committed.” Drucker would have agreed and his attitude and Nicole’s were similar. Both were successful in their fields, and if you show uncommon commitment, you will be too.

*Adapted from Peter Drucker’s Way to the Top (to be published November 2018 by LID, and syndicated) 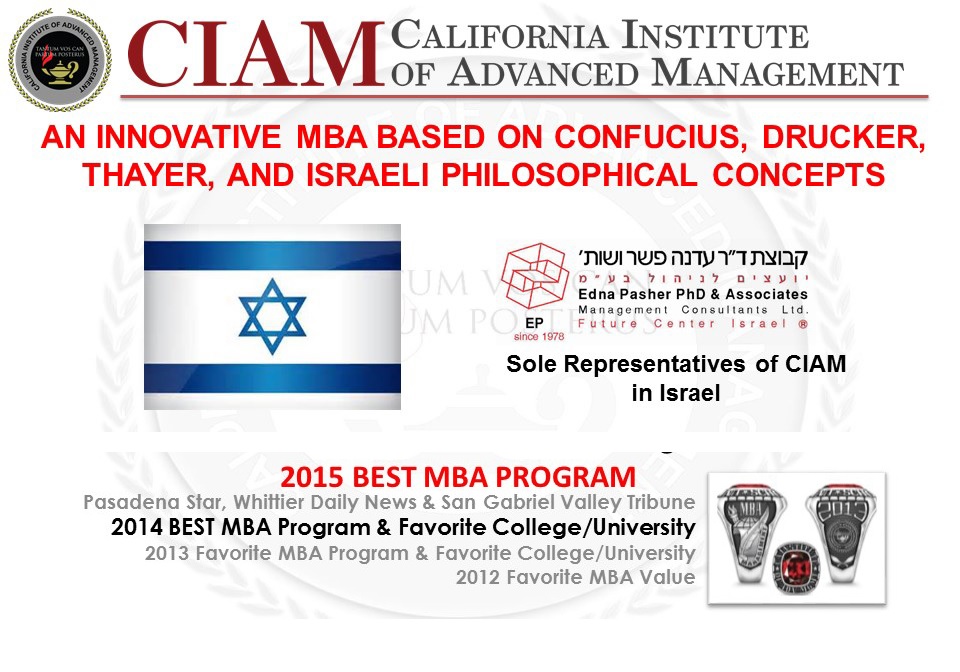