“From Abject Failure to Overwhelming Success” 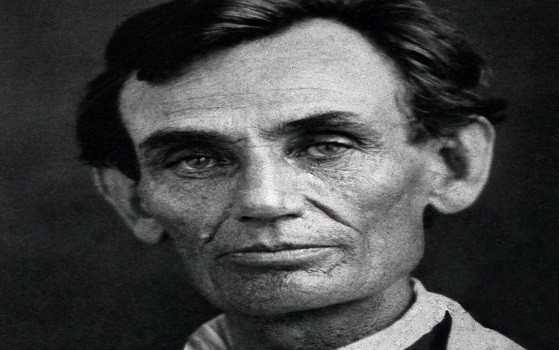 Drucker Shows How to Reach Success from Failure *

Rowland Hussey Macy studied business, graduated from school, and being thoroughly prepared, he opened a retail store. It failed. He started another. It failed too. This happened four times, and he failed at each attempt. However, Macy’s fifth attempt did succeed even though on the first day it brought in only $11.08 in sales. Still Macy died a very wealthy man. More than a hundred and fifty years later, Macy’s still exists and even though suffering like other retailers during the recession, it still has almost 800 stores and recently announced it was going to hire and additional 85,000 seasonable workers. Not too bad of a legacy for someone who had more than one total failure before his overwhelming success.

Politicians are obvious examples at proving that by following the right principles from Peter Drucker you can advance from a dismal failure to outstanding success. Ronald Reagan was defeated twice as Republican nominee of U.S. president, finally succeeding in becoming nominee and President of the United States, as well, on his third attempt.

Another prominent U.S. president failed at just about everything. He failed in business, ran for the Illinois State Legislature and was defeated, went into business again and went bankrupt, ran for Speaker and was defeated, was defeated in a nomination to Congress, was rejected for an appointment for the U.S. Land Office, was defeated in a U.S. Senate race, and two years later defeated again in a nomination for Vice President. Then in 1860 he became the 16th President and saved the country. To the best of my knowledge not even his detractors, and certainly not historians, call Abraham Lincoln a failure today.

The Right Person for the Right Job

This is most important, and yet it is frequently neglected by managers who are placing others as well as emerging leaders themselves. If you are the consultant or the responsible manager, you may be faced with a completed placement. This process may have started and been completed long before you came on the scene. However, even if it is too late to do anything about finding the best person for the job, you may get in early enough to help, or correct the situation.

If you are the individual looking at a possible new position, just remember that Drucker said that staffing should be from a perspective of the right person for the right job, where the individual’s strengths lie. Film actors, frequently turn down potential roles in new movies because they know it may be either be not right for them or even in their artistic opinion, not right for the movie, regardless what someone else thinks. Managers are artists of a different type. Still a manager’s professional artistry in his or her work is of no less importance to the outcome of the endeavor, so maybe we should start from there.

immediately on one candidate; and candidates should think through three or four alternative jobs to which they’d might be better suited as well

The Requirements of the Job

A poorly designed job, one in which the requirements have not been thought through may be an impossible job, a job that likely no one can perform in successfully. An impossible job means that work intended to be accomplished can only be accomplished poorly or maybe that the work cannot be done at all. Being impossible or nearly so risks the destruction, or at best, the misallocation of scarce and valuable human resources, including yourself. To design a job properly, the objectives and requirements of the job must be analyzed to decide on those few requirements that are really crucial to the job’s performance. That way the executive seeking to fill the position can avoid filling it with a candidate who minimally meets all requirements rather than staffing for strength for the few critical areas of the job that are essential.

If you are the candidate, you should do an analysis yourself to ensure that to the best of your ability, you believe you can perform the job well under the conditions intended. If you can’t, inquire as to whether the conditions you feel might hurt your ability to perform it well can be changed.

Choose Multiple Candidates for a Job before Selection

The fact is that many promotions or selections for hiring are made with only one or two candidates being considered. Managers get in a hurry or they are overly impressed with a single candidate for a position. At the very least, think through and come up with back up candidates. However, the correct way according to Drucker was to consider three or four candidates, all of whom met the minimum qualifications of staffing for strength and to do this right from the start.

Sometimes the reason that this wisdom is ignored is that the hiring executive makes assumptions about a candidates’ suitability before considering all candidates qualifications against the prime job requirements. So just getting the requirements nailed down will be immensely helpful.

Managers having the opportunity to accept such a job frequently make the same mistake. We are frequently blinded by the new job being a perceived promotion, paying better, or have a more impressive title. But all these factors are secondary to our ability to perform in the job, and frankly, to enjoy ourselves as we do so. So as the manager looking at a prospective job, this is another reason to look at alternatives before accepting.

Discuss Your Choice with Colleagues

I want to state emphatically that Drucker was not saying that any staffing or this appointment is a group decision. It is not, and you must take responsibility for the outcome regardless if those you consult give you erroneous information or possibly pass on a poor recommendation. You are still responsible. However, it makes sense to share your plans and get others’ opinions and ideas whenever it is possible to do so. Even if you decide to promote someone who others don’t recommend, at least you’ll know the pitfalls of your appointment and you’ll learn more about what others think and know regarding the various candidates you are considering.

Is this a Work in Progress?

It would be nice if every manager could hit the ground running in every new job. However, this isn’t always possible, especially in a new job that is new not only to the placed executive, but also to the organization. Whether new, or old it may present a challenge for a new occupant. A manager can ease the way by clearly laying out requirement, meeting frequently during the early weeks with the individual in a new position, helping or assisting without doing the new appointee’s job for him, but above all, not letting him fail. So don’t be too hasty in immediately replacing a new assignee. Some need time to develop, and sometimes the assignment itself may have been made within insufficient thought on whether adequate resources such as money, personnel, equipment, or facilities have been allocated. Moreover, this can change given the way the new assignee operates or plans to operate. You may never be able to anticipate this precisely because there are many different ways of approaching any task, and this depends on the capabilities and thinking of who now has the position.

Remembering that as the boss, you are there to help and never forget the injunction: “Don’t you let him fail.” Again, if you are the job candidate, you need to look at yourself. You can stretch and learn and should expect that in any type of promotion. But if the job isn’t one you think you can learn or grow into, look at alternatives.

The idea that managers rise to their level of incompetence is a dangerous myth. If a manager isn’t performing, of course he needs to be relieved of his or her duties. But to automatically fire a manager due to failure with no further thought is, as Drucker maintained, a human sacrifice pure and simple. There may be an equally challenging job available at which he or she will be highly successful.

Do this and you will have an excellent “batting average” of promoting the right person into the right job or of success as you move up the corporate ladder as well.

Take these actions and your organization is on the way to being top heavy with the best and most qualified managers. And if you are the candidate for a promotion or a sideways move and one of these managers, you will help yourself to success as you contribute to the success of your organization.

*Adapted from Peter Drucker's on Consulting: And How to Apply His Drucker’s Principles for Business Success