My Friend, the Richest Man You’ve Never Heard Of 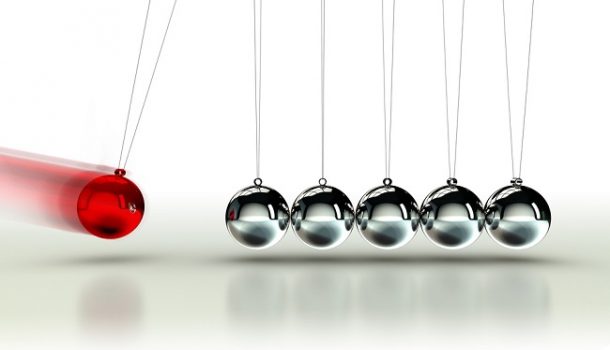 We discovered that we had a lot in common, not the least of which was a passion for the ideas of Peter Drucker, but also the importance of any leader to do the right thing regardless of personal cost

I first heard about Bill Bartmann in the late 1990’s. I was working on a book, The Stuff of Heroes: The 8 Universal Laws of Leadership and was seeking interviewees  of outstanding leadership to illustrate the eight universal laws in my book. I came across an article, “The Richest Man You’ve Never Heard Of” in the September 1st, 1997 issue of  Inc magazine. Bartmann was truly a hero because he fought hard to take care of his people and to do the right thing. Forbes magazine, I learned, had listed Bartmann as the 25th wealthiest man in the United States. He was ranked right ahead of well-known businessman Ross Perot. Yet few including myself, had ever heard of him. Bartmann had made a fortune, but lost all of his money and built a second fortune.

Bartmann Starts All Over Again to Build a Second Fortune

The article explained how Bartmann and his 71 employees cried on the floor of his factory as they shook hands and embraced for the last time when his oil pipeline business crashed suddenly along with falling oil prices in 1985. In July sales had been $1,000,000 for the month. In August sales were zip — absolute zero and Bill went from being a rising star to a big time debtor, personally owing the $1,000,000 to a lender. Then, he engineered a miracle.

Bartmann’s Miracle by Doing the Exact Opposite of Everyone Else

Bartmann found his name on a list of debtors who owed money. Bill collectors could earn 30% by collecting on the debts. Bartmann owed a million dollars. Threatening collection agents seeking more than $300,000 for the collection with no investment rang his telephone off the hook. They called at all hours of the day and night, threatening lawsuits, insulting Bill and his family and demanding money he didn't have. This was true in Bill’s case and he believed it true of other debtors as well. The problem was, the debtor usually didn’t pay not because he didn’t want to pay, but because he didn’t have the money to pay. Bartmann had been on the receiving end and knew what he was talking about.  It wasn’t entirely the bill collector’s fault either. Collectors had been taught that there one only way to conduct business. You had to convince the debtor that somehow he had to get the money and pay, or even worse things would happen to him. But Bartmann was a student of Peter Drucker. Drucker taught that what everybody knew for certain was probably wrong. So if threats weren’t the right way to debt collection, what was?  Bartmann was in this situation himself. What would help him to pay off his debts? Bartmann decided that if he had a source of income and could pay off the debt in manageable amounts which he could handle, he could pay off the entire $1,000,000.

Bartmann Founds a New Company Based on a Different Business Model

Based on this insight, Bartmann founded a new company, Commercial Financial Services or CFS. Instead of a 30 % commission for collecting the debts, CFS bought the debts at 2 cents on the dollar. Instead of threatening anything Bill treated each debtor with respect and helped each to find a way of paying off their debts in manageable amounts. And Bartmann hired employees and taught them how to do the same thing. CFS took off like a rocket. By helping others and showing them how to pay off their debts CFS rapidly grew to 3900 employees. Bartmann excelled at taking care of his people. He spent much on them. He bought a fleet of jet aircraft. Once a year he used these aircraft or leased others to take the entire firm and their families to fly from the CFS home base in Tulsa, Oklahoma to vacation spots around the country..No other company in the country did this and his fame spread, bringing in more employees and more debtors. That’s how he got the cover story in Inc magazine.  One year he took them to Las Vegas where Bill wrestled Hulk Hogan and won! Of course the whole thing was a setup and  everyone had lots of fun— which was the general idea. On another occasion, Bartmann leased 27 Boeing 747 Jumbo Jets to fly thousands of employees to Disney World for the weekend. I decided that I had to have an interview with Bartmann for my book.

My Interview with this Unusual Billionaire

It took awhile to get through to him, but the effort was well worth it. We discovered that we had a lot in common, not the least of which was a passion for the ideas of Peter Drucker, but also the importance of any leader to do the right thing regardless of personal cost. This later belief had an important impact on Bartmann’s career which only came out later. The book was published in 1998 and included the interview which launched a friendship which lasted from then until the end of Bill’s life,

A Major Corporation is Bankrupted in the Blink of an Eye

Shortly after my book was published in 1998, a federal investigation was launched of CFS operations after an anonymous letter raised questions about the propriety of certain transactions at CFS by a rogue employee. As a result Bartmann could not obtain financing and Commercial Financial Services had to declare bankruptcy immediately. In one stroke Bartmann and more than 3900 employees were out of work. The investigation took ten years. Bartmann was offered all sorts of deals if he would just plead guilty to almost anything. He refused. He maintained his total innocence throughout. A former employee later confessed and admitted that Bartmann did not know anything. Bartmann was found to be not guilty of all charges, but it took most of Bartmann’s wealth and ten years to prove his innocence. He thought that it was the right thing to td despite the cost and time. One of Bartmann's co-defendants even successfully sued the government for malicious prosecution and won the case. But it was too late for Bartmann and CFS. CFS had been sold. Another senior officer told Bartmann that he saw what was going on, but was afraid to say anything less Bartmann be actually involved and retaliate against him. Bartmann considered this and after all was over and with his own resources formed a non-profit corporation called the Whistle Blowers. If something was amiss or someone suspected something was wrong they could avoid top management and contact the Whistle Blowers. If the Whistle Blowers investigated the charge and found it to be correct, they and not the company member approached top management and gave top management 24 hours to take action or the Whistle Blowers would go public. I was honored to serve as a Trustee.

Later I was watching TV and discovered that Bill had started a new collection company, CFS2. He was getting publicity because like his previous company he hired employees and trained them to help debtors. Other companies might promote collectors who threatened debtors effectively. In Bill’s company you got fired if you did. Bill wrote his autobiography Bouncing Back. His life was a long list  of challenges beaten, from  overcoming poverty, getting his undergraduate and law degree through hard work and beating a severe health challenge which required him to go against doctor’s orders and to learn how to walk again and more. I highly recommend it.

Bill Becomes a Member of the CIAM Board

When I co-founded the California Institute of Advanced Management (CIAM) in 2011, I asked Bill to serve as one of my advisers, and later as a Trustee He did both. At the time, in addition to serving as president of CFS2 and myself, he was already serving another president. Though a Republican, he was serving as an Advisor to President Obama on the collection industry in the U.S. Last June, he flew from Tulsa to Pasadena and served as CIAM’s graduation speaker. He spoke dynamically and without notes enthralling the graduates, faculty, guests, and administrators present. Bill was presented with an award for his leadership and many accomplishments. When I retired from my post as president of CIAM in August, and rebooted the Institute of Leader Arts to do international corporate training, he texted me the following message without a single question or skipping a beat:”Standing by for orders.”  He was well on the way to making his third fortune when undergoing a heart operation an unexpected allergy took him from us way too soon at the age of only 68.

Bill’s contributions were so many and varied that you need to read his book to get most of them. I know that Drucker would have been proud of what he did. I know that the thousands of debtors he helped haven’t forgotten him. As for myself, I am a better person for having known him. Goodby old friend. I will miss you. 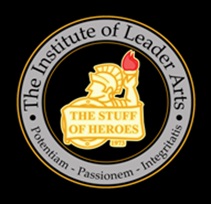