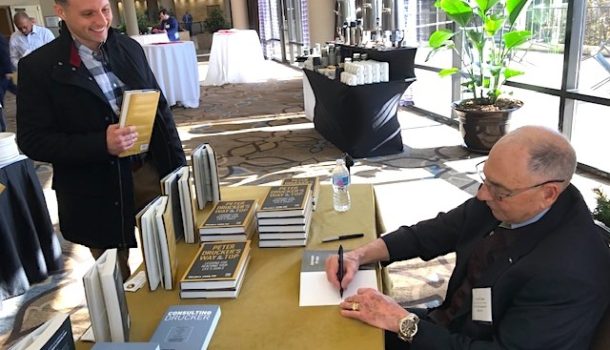 Drucker taught that marketing was one of two essential functions for any business. As Drucker moved into closer consideration of non-profits and other types of organizations, he extended this concept to all organizations. In Drucker’s view, marketing should pervade everything in the organization, any organization.

Drucker said that all businesses had two basic functions: innovation and marketing. Any business—and as he also interpreted this, any organization—must ensure the practice of both. Some would say that innovation is also an element of marketing, since at the tactical level innovation is an important ingredient of success in both product and service. At the strategic level this could mean an important differential advantage in positioning against competitors to win customers.

Many individuals forget that a customer, or prospect, must have some reason to buy the product or service other than the mere existence of the supplier. Usually others are already established in supplying the same product or service. Even if the product or service is a cutting-edge innovation, prospects for it are still spending their hard-earned cash elsewhere. To persuade them to switch from their current suppliers or to start buying something never before purchased is neither automatic nor accomplished without considerable effort. Prospects need to know what this new supplier has that others do not, and if the price is worth trying it or switching from where their money is currently spent.

The Primacy of Marketing over All Other Business Functions

Drucker believed that marketing wasn’t just a business function, but that it needed to be considered the primary business function. That’s not to say that he didn’t know that other functions—finance, accounting, engineering, production, you name it—were not important, and or even more critical to an organization in different phases of its development or in different situations. But by his analysis, marketing was the single most important function, because without successful marketing a business, no matter how efficient or effective at these other functions, would be unsustainable and eventually fail.

The Important Distinction between Sales and Marketing

Since marketing is about having the prefect product or service desired by the prospect, if you have it and it’s known, happy consumers would probably spread the word without you having to do a great deal of convincing them to buy it. Let’s say you invent a pill that will cure any illness or disease. You optimize it for a market such that it has no negative side effects, is easy to consume, and can be purchased at an affordable price considering the market you are targeting. You might need a little advertising and public relations to get started, but once on the way, selling would be pretty much unnecessary. Impossible? For 70 years The Hershey Company did no advertising for its famous candy bar. According to an ad executive, it didn’t need to: “This was a brand that was an American staple, had been passed down for generations, and that people could remember enjoying as a kid” The Hersey people had a product that was desired and could get it to distributors—all marketing, not selling, functions. No selling was required!

The Possibility that Marketing and Selling Are Not Complementary, but Adversarial

Drucker deviated significantly from established marketing experts in even the limitations of marketing and selling connectivity. Most categorize it as one of the promotional variables. But Drucker maintained that not only was the function of selling not complementary to marketing, but that it could be adversarial.

Let’s assume that marketing is not done perfectly. In fact, let’s go all the way—it’s the wrong market for the product being sold. Maybe it has other problems with price or design, as well. However, you have extraordinary salespeople. They are so unique and talented that through extraordinary effort and use of their selling expertise, these wonderful sales wizards can accomplish the impossible and create a modest profit selling this faulty product to the wrong market.

Is this proof that selling is a complementary function, and not at all adversarial? Not necessarily. Consider the extraordinary effort of these salespeople. Much more product could be sold if the target market was correct or the product better designed or offered at the right price. Consider the profits created and how much greater the profits would be under these better circumstances, when marketing has been done correctly. Moreover, the modest success of these outstanding salespeople might be misleading. How much better would it have been if they had failed miserably? Perhaps then this wrong product, price, and market would have been abandoned and a new and much better market sought and discovered and sold to. Are you beginning to understand Drucker’s thinking? Under the circumstances of these salespeople creating a marginal profit, not only would selling not have been complementary to good marketing, but more importantly, it would have been adversarial to the firm’s profits and best interests as well. Jack Welch, increased GE sales an incredible 4000% while CEO and was named “Manager of the Century” by Fortune Magazine by applying a version of this insight.

Kevlar was a super-cloth with fibers five times the tensile strength of steel. Originally DuPont thought that it would make an excellent substitution for steel reinforcement in heavy-duty tires. It did, but it made an even better fragmentation protective body armour, and when impregnated for rigidity to protect against blunt trauma, could be used as the basic component in protective helmets worn by the military. Thus, was the “steel pot” of World War II fame replaced by an impregnated super-cloth originally intended for vehicle tires by its innovator.

Drucker was also shocked to discover that some marketers didn’t like it when someone used a product other than how it was intended. Inventor Alfred Einhorn became so distressed when dentists began using his anaesthetic drug, Novocain, that he travelled up and down Germany, trying to get them to stop, angrily insisting that his invention was intended for use by medical doctors, not dentists. Drucker wrote a warning that marketers introducing new products or services should begin with the assumption that their products or services might find uses and markets never imagined when the product was designed and first introduced.

Marketing as a Pervasive Theme throughout the Organization

Some years ago, my wife and I visited Turkey. When we inquired about assistance in purchasing a sample of Turkey’s world-famous rugs, the hotel personnel recommended several manufacturing companies and advised us to purchase from one of them rather than from a street store or in the Grand Bazaar, where hundreds of vendors exhibited their wares of Turkish rugs. There was a big difference. The highest price for a rug on the street was about $2,000. The hotel staff told us that a top-quality rug would go for at least twice that. We knew that the hotel probably received a commission from the rug company recommended, but still the hotel’s reputation was on the line and it seemed a much better source of purchase. In addition, the hotel said that the company would probably give us a tour of its factory. That had to be worth something. Accordingly, the hotel made a call, and a limousine came to take us to the rug factory for a tour. Marketing began with the hotel. However, it continued in the limo with further salesmanship and at the factory where we toured and saw how the rugs were made. By the time the salesman came on the scene, we were already sold.

I view Drucker’s consulting practice as confirmation of the marketing principles inherent in “Drucker Marketing,” a term that he never himself used to describe what he recommended in marketing anything. 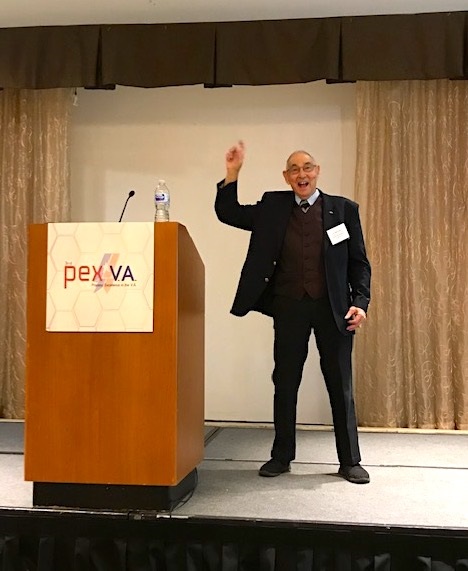