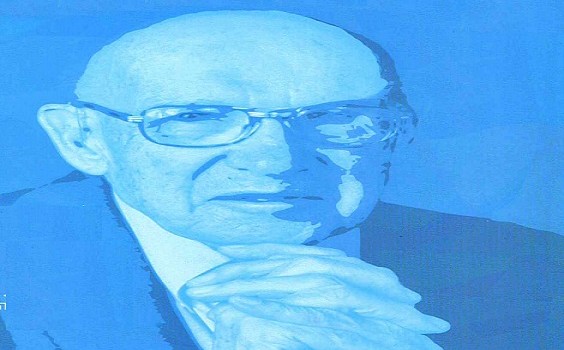 don’t depend on others for education or knowledge you need

I don’t believe one can consider Drucker’s unique steps toward becoming and then performing as a management consultant without learning a great deal which anyone can use to help in building one’s own successful management careers or even in other aspects of life. Here are some lessons I think that are particularly worthwhile pondering.

Lesson No. 1 None of our upbringings, environment, and the opportunities or the lack of them or from whence we came necessarily are bad or necessarily good regarding our futures. They just happened, that’s all. Some privileged sons and daughter accomplish little. Others, also privileged, like Drucker, accomplish much. Some born of poor or immigrant families accomplish much. Both Drucker and Caesar Millan, “the Dog Whisperer” were immigrants. However, Caesar Millan didn’t have any of Drucker’s advantages, and he even entered the U.S. from Mexico illegally. He didn’t attend college, he came from a poor family, and unlike Drucker, his knowledge of English when he arrived and had to earn a living in an English-speaking country was pretty much non-existent. However, he learned enough technically about dogs and from observation of others about promotion to become the “dog whisperer” and world famous. He’s been on television with his own shows for years, and undoubtedly commands consulting and speaking fees regarding his profession which may not be all that dissimilar from what Drucker’s fees were once. The bottom line: we all have resources for becoming good, maybe even great as management consultants, or in any other profession. G. Gordon Liddy went to prison for the Watergate Break-in and was discharged to immediately earn a six figure income as a speaker and security consultant. We just need to realize what resources we have, think, and then take action and put them to use.

Lesson No. 2 You don’t need to build a giant consulting organization like McKinsey & Company to do a lot of good, to gain a lot of fame, and to become wealthy. Drucker certainly proved it. As an independent, but very highly paid consultant, Drucker even answered his own phone. Even at the height of his fame and though he was an independent consultant, he was probably more famous and as well thought of for his work than any consultant from any large and prestigious firm. What this says is that whether we choose to be independent or work in or even found a giant firm may have little to say regarding fame and fortune. We can have fame and fortune either way.

Lesson No. 3 Drucker wrote that leaders who made mistakes would still be followed as long as they were otherwise capable, saving one quality which was essential: they had to maintain their integrity. Honesty is not just the best policy, it is the only policy if you want long-term success, and that’s something you can’t let slip. How often do we see really big names in every field who let their integrity slip and that’s the end of that. So even though you may think it a disadvantage in the short run, you must maintain your integrity at all costs. General Morris “Two-Gun” Cohen, no direct relation to your’s, was a soldier-of-fortune and a one-time body guard to Sun Yat Sen, the father of modern China. He fought with the Chinese against the Japanese during World War II, and it was not really known which side he actually supported during the Chinese Civil War of 1948-49. Yet he was one of the few, maybe the only man, who was welcome in the company of both Mao Tse-tung and Chang Kai-Shek during the civil war between the communists and nationalists. There are existing photographs today of these visits to both. Cohen himself stated that this was entirely due to his integrity and he said that “I wished I had known the importance of integrity years ago. It’s made a big difference in all I do.”

Lesson No. 4 Obstacles will always appear. The first thing that happened to an acquaintance of mine when he started his own consulting practice was that he got sued. It took him three years to win the case. How would you like to have something like that hanging over you while you struggle to get clients? Drucker had to shelve his goal of becoming a professor teaching graduate courses at a major university for about fifteen years because of “a little thing” like Hitler coming to power in Germany. So, he did what he needed to do and eventually he not only reached his initial goal, but accomplished a lot more to benefit himself and society.

Lesson No. 5 Don’t depend on others for your education or the knowledge you need, even after you have acquired one or more degrees. Some corporate managers maintain that their companies will pay for advanced education, or send them to the right courses or seminars if they really want them to advance in the organization. Maybe so, but don’t depend on it. Drucker didn’t even depend on his parents who wanted him to go to college. He took an apprenticeship and spent lots of time reading and educating himself even while he struggled balancing law school and working full time. Drucker was not superhuman. He just calculated what he was going to have to do under the circumstances and in the environment of post-World War One Germany and Austria, and England and the U.S., as well, and did it. He didn’t wait for either parental help or a corporate or governmental handout.

Lesson No. 6 Writing a bestselling book doesn’t guarantee your success. But it sure can’t hurt, and if your timing is correct or lucky, it can take you right to the top much more rapidly. Moreover, just about anyone can write, or can learn to do so if they are willing to make the effort. Drucker didn’t even know English perfectly when he started. It is not necessarily easy, but hundreds of authors write bestselling books every year. Some say, “I tried that, I wrote a book and six publishers turned me down. I just can’t write a book. Would it surprise you to learn that I was rejected by more than 20 publishers for my first book? When finally published, the book became a best seller. Or consider this, the Chicken Soup for the Soul series, by Jack Canfield and Mark Victor Hansen, is one of the most successful series of all time. It has sold an estimated 100 million books under this banner. The best book was rejected by just about every publisher and agent around before a small self-help publisher accepted the book. What others can do you can, too.

Lesson No. 7 Sure, serendipity helps. But consider serendipity as a process. Do enough things (maybe even read enough books like Walpole, the English author who invented the word “serendipity” or Drucker himself) and positive serendipitous happenings are sure to come your way.

Lesson No. 8.    Drucker’s friend and mentor, Marvin Bower, cautioned not to discuss your client’s work. Drucker may have stumbled on this one. As a result he lost the good will of a major corporate icon, Alfred P. Sloan. Of course, Drucker didn’t know that he had written anything to offend, but this is not the issue. It is in the eyes of the offended that counts. Drucker should have been more careful. He might have even got Sloan’s blessing had he approached him, as he apparently had access to Sloan. However, Drucker learned his lesson and didn’t repeat his mistake. You would be hard pressed to find a client business publicized in the manner of GM by Drucker from that time on.

Lesson No. 9.    The client is the real expert. For that, you can substitute “customer.” In fact Drucker criticized individuals and companies that thought they knew better than their prospects, customers and clients as to what value really represented. An argument can be made that Drucker didn’t tell clients what to do so much as guide them to tell themselves. Perhaps he took away a little of the glamour with asking more questions than providing answers with beautiful artistic  PowerPoint Presentations as do many management consultants. Drucker’s model of the management consultant wasn’t the image of the man on the white horse riding up,  telling people what to do, making things right, and riding off as someone asked, “Who was that masked man?” as you heard rapid hoof beats in the background and the words: “Hi Ho, Silver.” But Drucker quietly guided them to making decisions which led to their own success.

Lesson No. 10. Although Drucker gave us much through his values, principles, and genius, I believe that Drucker’s most valuable contribution was that he taught us how to think. Then he expected us to do it. As evidence of this, Drucker frequently said after an all day seminar:  “Don’t tell me how much you enjoyed my seminar — tell me what you are going to do differently on Monday morning”. Will you do anything differently Monday morning, or better yet, today from these ten Drucker lessons? It’s up to you.

*Adapted from Peter Drucker's on Consulting: And How to Apply His Drucker’s Principles for Business Success published by LID (June 2016).