Drucker on Doing the Right Thing* 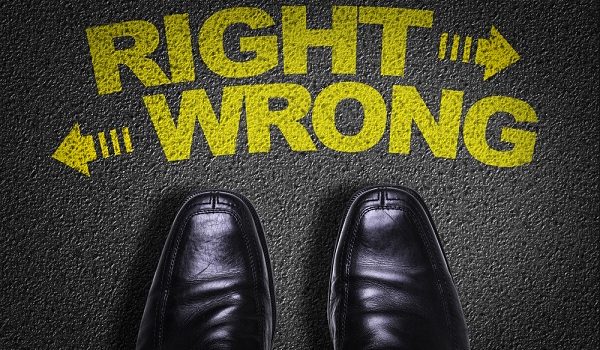 Drucker maintained that there was no such special thing as “business ethics,” one was either ethical or was not

Drucker resented lawmakers punishing American executives who were victimized by paying kickbacks with the assertion that these executives lacked business ethics.

To Drucker, ethics and integrity were the bedrock of all business and personal practices. He recognized that there were differences in cultures and many challenges in operating from this bedrock. So, he brought his talents to bear in investigating all manner of ethics and integrity. For example, he told leaders that they could make lots of mistakes and still succeed, so long as they maintained their integrity.

He said that whether hiring call girls to entertain customers was ethical or not was the wrong question. This was not a question of ethics, but rather aesthetics and morals. Doing this didn’t make you unethical. It did however make you a pimp.

What is acceptable and What is not?

Drucker recognized that what one culture might find acceptable or even a requirement for ethical behaviour might be totally different for another. An example he used in class was the custom for corporations in Japan to reward underpaid government officials after their retirement if the corporations had benefitted from the actions of these officials when they were in office. In Japan, this was both ethical and the right thing to do.

“In Japan,” Drucker told us, “government officials are paid very little. They could live on what they receive in retirement only with great difficulty. It is therefore expected that when they retire, companies that have benefited from their actions during their tenure will assist them. This is considered the only right and ethical thing to do.”

Drucker looked at the determination of right and wrong in questions of conduct and conscience by analysing cases that illustrated general ethical rules. This might be called cost-benefit ethics or ethics for the greater good. Essentially it means that those in power— CEOs, kings, presidents—have a higher duty if their behaviour can be argued to confer benefits on others. In other words, though it is wrong to lie, in the interests of “the country” or “the company,” or “the organization,” it sometimes might be deemed acceptable according to one way of thinking. This approach carries the name of “casuistry.” Drucker called it “the ethics of social responsibility” but said there were problems in applying it..

When a U-2 aircraft piloted by Francis Gary Powers was brought down by an anti-aircraft missile over Russia, President Eisenhower publicly lied about the fact that Powers was on a spy mission. President Eisenhower’s ethics were not challenged. He had lied for the greater good, a higher responsibility and so most thought this acceptable.

Casuistry sounds very high-minded, but Drucker maintained that it was too dangerous a concept to be including in business ethics because it could easily become a tool for a business leader to justify what would clearly be unethical behaviour.

The Ethics of Prudence

To be prudent means to be careful or cautious. It has benefits, but also serious defects. When I first became an Air Force general, someone warned us “Never do anything you wouldn’t want seen on the front page of The Air Force Times,”.

Now, the ethics of prudence may be good advice for staying out of trouble, but it is not much of a basis for ethical decision making. It doesn’t say anything about the right kind of behaviour or actions that should be taken. Drucker saw no basis for recommending this approach as the generalized way to come up with ethical decisions. Only to note it as a possible safeguard which his students should bear in mind. 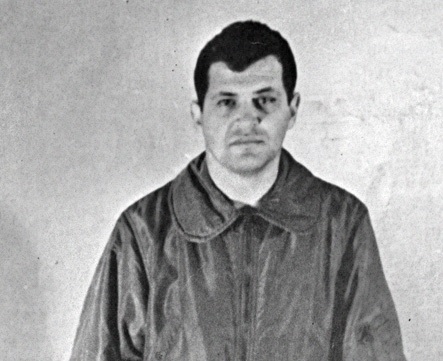 Francis Gary Powers whose Lockheed U-2 reconnaissance plane was shot down by a Soviet surface-to-air missile outside Sverdlovsk: Photo RIA Novosti archive – Wikipediaׁ

The Ethics of Profit

Drucker also thought through an approach that he called, “The Ethics of Profit.” Drucker was not talking about limiting profits. Much to the contrary, Drucker wrote that it would be socially irresponsible and most certainly unethical if a business did not show a profit at least equal to the cost of capital, because failing to do so would be wasting society’s resources. Nor should it seek to limit its profits to a certain formula. Since decisions are inherently risky and there must be a margin of additional profitability to cover losses for those projects that go wrong.

Drucker stated that profit as an ethical or results “metric” rested on very weak moral grounds as an incentive and could only be justified if it were a genuine cost and especially if it were the only way to maintain jobs and to grow new ones.

Drucker felt that Confucian ethics were “the most successful and most durable” although he came short of recommending Confucian ethics as the solution either. In Confucian ethics, the rules are the same for all, but there are different general rules that vary according to five basic relationships, all based on interdependence. These five are superior and subordinate, father and child, husband and wife, oldest brother and sibling, and friend and friend. The right behaviour in each case differs to optimize the benefits to both parties in each relationship.

Confucian ethics demand equality of obligations on both sides, of parents to children and vice versa, and of bosses to subordinates and vice versa for example. Though he admired Confucian ethics, which he called “The Ethics of Interdependence,” they cannot be applied as business ethics, because this system deals with issues between individuals, not groups. According to Confucian ethics, only the law can handle the rights and disagreements of groups.

Ethics Decisions are Frequently Based on Doing the Right Thing

With ethics and the like, Drucker found an antagonist he could not easily overcome. Where does the difference between positive thinking about the future of a product, service, or business differ from the facts sufficiently enough to make an administrator’s statements a lie to the media rather than positive thinking and a “win attitude”? Drucker believed that this much had to be left to individual judgement about what is and what is not the right thing.

Drucker Viewed Extortion and Bribery as he did a Robbery

Drucker noted that bribery was not desirable from the viewpoint of the victim, from whom a bribe was extorted. The payment of bribes overseas was made illegal in the United States by an act of Congress with The Foreign Corrupt Practices Act in 1977. This penalized the victim, not the perpetrator. Drucker pointed out that if someone robbed you at the point of a gun, the law did not punish the victim. He was all for obeying the law, but not for calling a violation “bad business ethics.”

Drucker said that one doesn’t punish the victims of a robbery or any other crime. Why is this done in bribery? And why was a decision to pay the bribe considered a reflection on the executives’ business ethics rather than a bad management decision and only a violation of a law which had been passed by Congress?

Drucker also noted that a private citizen who was extorted to pay a bribe to a criminal, say for “protection,” would be considered a helpless victim of intimidation. Certainly, extortion privately or corporately is never desirable. But he felt that this was not an ethical issue for the individual forced to pay.

Drucker did not think that a corporation should be viewed differently, and he strongly objected to this “new business ethics,” which asserted that acts that are not immoral or illegal if done by private citizens became immoral or illegal if done in the context of a business organization. They might be stupid, they might be illegal, and they might be the wrong things to do; however, they were not necessarily “business ethics.” He predicted that that this law would be changed. It was.

What Exactly did Drucker Believe?

Drucker felt that managers should incorporate the following into their practicing personal philosophy and practice of ethics in their professional lives:

“Primum Non Nocere, which means, “above all (or first) do no harm.”

* Adapted from the book Peter Drucker’s Way to the Top by William A. Cohen to be published by LID in 2018 and syndicated.