You Never Know Until You Ask* 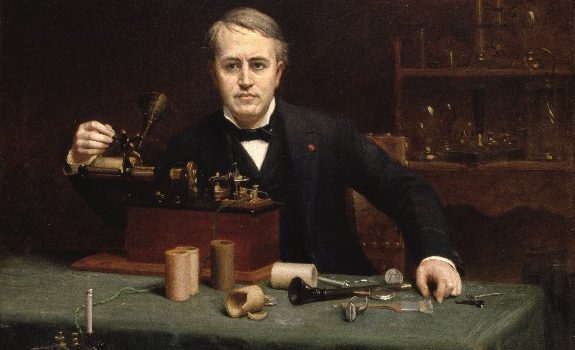 your brain will answer, or at least attempt to answer, just about any question you decide to ask yourself

I saw a TV Ad for Law and Order recently. One of the lead actors who plays a detective says quite a bit about the value of asking questions of suspects and how much is gained in this way in any case that he is investigating. Because of the current confinement due to the coronavirus I’ve watched quite a few Law and Order episodes and can verify the actor’s assertion at least as it pertains to what appears  on television. Peter Drucker’s model for his consulting engagements and advise to managers was heavily dependent on asking questions, and this significantly differentiated Drucker’s consulting from that of other consultants. This brought him as much as $10,000 for a few hours work not in telling a client what to do but in asking questions which the client answered by himself and decided what to do.

Why Asking Questions Can Be Valuable for Anyone

Years ago I read an article in which the author recommended that talking to oneself was useful in problem solving and management decision making. The author maintained that if you talked to yourself and asked yourself questions, you would frequently be rewarded with amazingly new and workable answers. In fact, your brain will answer, or at least attempt to answer, just about any question you decide to ask yourself.

I decided to try it and was surprised at just how easily it worked and how frequently it provided me with sometimes immediate, and highly effective, and innovative answers to a variety of questions with which all of us are faced daily as managers and decisionmakers and as management consultants.

Why This Technique Works

Psychologists tell us that one reason that this technique is effective is that your brain already has all the facts necessary for problem resolution stored away in your memory. Some of these facts cannot be easily accessed directly. With this technique you can eliminate the various psychological blocks due to other factors such as pressures of time, what might happen if you fail to find a solution, false assumptions and more that sometimes happens and confuses your mind when you struggle with seeking a solution by attacking it head-on. Questioning yourself as if you were a separate entity eliminates much of the mental garbage which may be preventing you from getting an answer through more conventional methods.

What to do If Asking Your Brain and Doesn’t Answer Your Questions?

Sometimes even if you ask yourself  a question as if you are someone else the pressures and stresses you are under are just too great. The problem is either too big or the situation is too demanding – or so it would seem. Your brain still focuses on the obstacles and is unable to come up with a workable solution. How can you distract the brain to get through? The answer is in the subconscious. The brain can work subconsciously, even while the conscious brain tends to block useful information and solutions

To get to reach the subconscious, you need to create a diversion. Thomas Edison, the great American inventor had  a technique of sitting comfortably or even lying down in a darkened room.  Sometimes he even took a nap, but even relaxing and just letting your mind wander in a darkened room seems to work. Most of us have had the experience of collecting and reviewing all sorts of important material  and struggling with a problem unsuccessfully. Finally, you fall asleep still troubled and without a solution to your problem. Yet, without additional effort we awaken the next morning with the problem solved and just waiting for us.

Drucker developed yet another way with five simple questions.

Drucker asked questions in every consulting engagement. His list of questions included five basic questions useful in and business or management situation.

1.What is Your  Mission?

Drucker’s favorite mission statement was from a very old business. But this mission statement, though not recent and very short, almost a one-liner, was his favorite for a very important reason. It changed Sears Roebuck from a struggling mail order house which flirted with an early bankruptcy to the world’s leading retailer, all within ten years. Simply stated, the answer to the question was to be the informed and responsible buyer first for the American farmer and his family, and later for all American families. Like all missions, your mission  may change over time. Sears changed its mission several times.

2. Who are Your Customers?

My friend, entrepreneur Joe Cossman, started selling garden sprinklers that consist of a flexible plastic hose with holes in it. He sold mainly through supermarkets and similar outlets. One day he read that his hose was being used in the poultry business as an inexpensive way to cool poultry pens during the hot summer months. This caused him to redefine his business and open an entirely new market with new customers for his product. We need to continually track sales to redefine who our customers are.

3. What do Your Customer’s Value?

In the mid-1980’s Coca Cola made a big mistake on a national level when it attempted to introduce “New Coke” in response to “The Pepsi Challenge” which was slowly eroding Coke’s market. Coke introduced “New Coke” as a revolutionary soft drink to considerable fanfare.  You could almost hear Coke marketers shouting, “So you guys at Pepsi want a challenge, do you? – We’ll give you a challenge!” Coca Cola had carefully conducted blind taste tests and formulated a product which was consistently preferred in tests by actual taste over either its own original product or that of its rival, Pepsi Cola.

The problem was that taste was not the only reason as to what Coke’s customers valued. Above all, the customer valued Coke’s image. It represented America as much an icon as Mom, Apple Pie, and John Wayne. This was measured in the taste test. With this market, “Coca Cola’s previous campaign of the “The Real Thing” resonated.  However, America rebelled in mass against “New Coke” which appeared not to be “the Real Thing.”  After millions of dollars in advertising and promotion and taking on detractors nose to nose in the media, eventually Coke surrendered and “New Coke” was quietly withdrawn from the market.

4.  What  Results are You Getting?

Drucker knew that without measuring your results, you were not going to make any progress. In fact, you can’t tell if progress is being made or not. So, by results, Drucker wanted numbers: “Show me the money!” doesn’t just mean cash. It means quantified results.

As with everything, Drucker had questions he felt important to ask before sitting down to develop a plan. Drucker wrote that a manager must start with three questions. The first was his familiar “What business are you in? You have that one pretty much covered in the mission question.  But he had two more questions to be considered. First,  assuming known changes that are coming, what will the business be in the future? But Drucker also wanted to know, what should the business be in the future?  Drucker had written that the best way to predict the future is to create it. This was the first step in the process.

Although these questions need to be considered separately, they need to be considered together, too. This is because the present is connected with the future. We have short range plans for projects, products, and initiatives. These have an impact on what our business will be in the short-term future, whether we like it or not. What should it be is a question of the more distant future? How far distant? Ten years is not too far distant. I’ve seen organizations plan for the creation of a future twenty-five or even fifty years in the future. Regardless of the time horizon selected, the answers to the three questions must fit together. One doesn’t suddenly jump from the business we are in today without intermediate steps into the future of what our business should be.

Using questions may be a very different approach from your regular way of investigating, or decision making. However, Drucker’s technique is sound and yields amazing results, It is easily adapted and can be integrated into a variety of other techniques that you may employ.