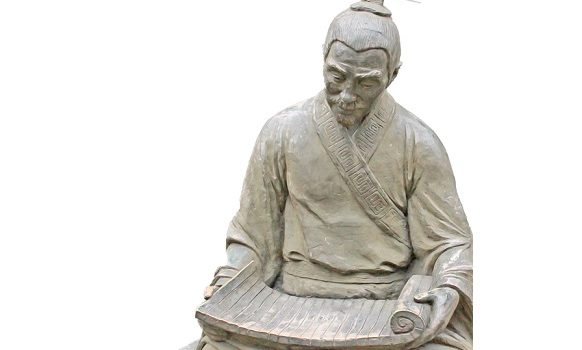 Drucker believed strongly in self-development, and used various means to develop himself and to eventually become “the father of modern management”

I’ve spent more than sixty years at this fascinating investigation of determining the most effective systems of self-development, mostly by trying them on myself. These have been of every type imaginable. The have included physical means including aerobic exercise, bodybuilding, martial arts and yoga, mental, emotional, spiritual and memorization, rote steps, daily mental challenges, feats of courage such as a parachute jump and everything else imaginable. I even walked on burning coals and did a “fire walk”.

When I started out I was still in my teens and simply seeking to discover how people reached success in life. I started my investigation with ancient times and reviewed success methods from several millennia in the past. I limited my investigations to no single country or geographical area. For example, I went more than 2000 years in the past and looked at the Chinese sage, Confucius. In those days, it was considered witty and smart to quote Confucius in support of one’s verbal position or point that you were trying to make in discussion. So, not infrequently you heard Confucius being quoted in everyday conversations. For example, you might hear things in conversation such as “Confucius says ‘I hear and I forget. I see and I remember. I do and I understand.’” Or “Confucius says ‘Study the past if you would define the future’.” I’m not speaking about college students studying philosophy. I’m talking about the man in the street, and I’m including high school kids. So, I followed Confucius advice. I “did” as he suggested and understood more and I studied many other past figures of history as well as modern men and women.

One basic thing I learned was that in almost all cases, even when I looked at famous individuals who had advantages at birth, considerable self-development was necessary. Peter Drucker said that his father encouraged him to participate in his father’s conversations with adults, among them Sigmund Freud who his father described as “the most important man in Europe.”  Now many parents do not encourage, or even allow, their sons or daughters to participate in adult conversations. Many believe and follow the dictum: “Children should be seen and not heard.” And, few parents are friends with someone of the stature of Sigmund Freud, much less have frequent conversations with him in which a son or daughter can participate. Yet these offspring, without advantages like Drucker, frequently continue happily on to success, even to the very top, despite the lack of this advantage which Drucker had. But the one thing they did seem to have in common was a system through which they were able to develop themselves.

In Russian history, only one Czar is termed “Peter the Great.” Peter the Great expanded the Tsardom into an empire which became a major European power. In those days expansion came mainly through military expertise and achievement. Peter the Great was indeed a successful war leader and was born of the reigning Czar. But the title “Czar” job was hereditary. So, most Czars, except the first, had the advantage of being directly related to the top dog. What was Peter the Great’s system of self-development? How did this Czar differ from all other Czars? Other Czars coming of age chose a particular army regiment and though sometimes still not even a teen, was named its colonel. Peter the Great picked his regiment, but insisted on joining it as a private soldier and actually served as such. He would not allow himself to be given special treatment, and would not allow himself to be promoted to any higher rank until he, himself, agreed that he was deserving of it. Peter the first was “enlightened” and caused many reforms in Russia during his reign. His system of self-development was simple and as described and his advancement in the regiment that he chose was based on the merit that he himself demonstrated, not on his advantage of birth,.

But even though Peter Drucker may have had advantages, he was another good example of someone, in this case, another Peter, who was ambiguous, and used a self-development system to reach the top. Drucker believed strongly in self-development, and used various means to develop himself and to eventually become “the father of modern management.” As Peter’s student for my doctorate degree, I learned, applied, and used some of his methods in my own career. His method had a great deal to do with reading and with simultaneously engagement in widely differing activities. For example he read profusely in history, read ho-to books on business, and even romance novels at the same time that he served as an apprentice in a company and earned a law degree.

There are many methods of self-development and some are even quicker and more powerful than those Drucker used and certainly some are unnecessary if you don’t want to become a 17th to 18th century Czar of Russia you don’t need to serve in an Army regiment. So, after my studying so many systems, which would I recommend to you to reach the top? The answer is, it all depends. Each of us is an individual with different strengths, and weaknesses; advantages and disadvantages up until now which favoring one oath over another. So, the first step is some thought as to what we need and must develop to get where we want to go.

For example, many systems depend on our having self-confidence. If we lack self-confidence, we either have to develop it first, or choose a system which automatically incorporates self-confidence, which is what Peter the Great did. You can do this without joining the military. Although many military organizations incorporate something called a “confidence course” to build confidence. It is usually a series of obstacles set up in the field, some of which are challenging but can be overcome, although sometimes practice is required even if you are in good physical shape, especially as frequently the course must be run against a certain time limit which must be achieved. I know from personal experience! Once I ran such a course without practice, and though I passed successfully within a set time limit, I pulled a muscle which didn’t heal for almost a year.

Of course, the best way to have confidence that you can accomplish something is to actually accomplish it. That creates a bit of a challenge. Which comes first, the chicken or the egg? To accomplish something, you can gain that confidence by first having accomplished previously, but to have accomplished it previously you must have had the self-confidence in the first place.  Fortunately, human ingenuity plus some facts learned about the human brain can overcome this seemingly impossible contradiction. There are mental techniques that can be used to fool the brain into thinking that that you have done something successfully even though you have not yet even tried it in really. Basically, these methods merely require you to imaging doing this thing while in a meditative or completely relaxed state.

I once had an opportunity to try this out myself.  I was competing in an athletic competition and had several months to prepare. I planned my training precisely and was on track to achieve my physical goals which would lead to my victory when a severe pain in my back suddenly appeared due to a previous sports injury.  The pain was such that I needed to cease all physical activity.  Once I read in the Wall Street Journal of a psychologist who had developed a system of mental rehearsal that executives used to prepare themselves to make public speeches successfully. Remembering this system of mental review of a fictitious accomplishment, I exercised every day in my mind only. I did every repetition and in my mind, I felt every resistance and strain against my muscles. I could even smell the scent of sweat as I exercised. A month later, and only weeks before the competition I was finally able to exercise again.  Happily, I found that I had not lost the momentum and I returned to my work out plan losing nothing in strength and endurance although only my mind, and not my body, actually worked out. And I on to win the competition.

You can accomplish anything that you want. The systems leading to success are endless. You can find them by reading history and seeing what others have done. Or you can find some way into fooling your brain that you have already succeeded in doing something. All you need to find the system that works best for you and apply it. Like Peter the Great or Peter Drucker you will be amazed at the progress and results you can achieve by just a little effort consistently every day.