If You Dare the Impossible, You Can Achieve the Extraordinary* 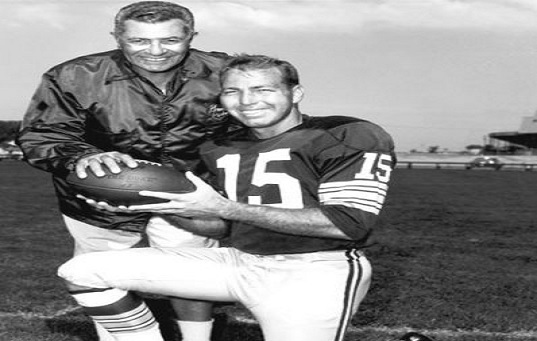 Winning isn’t everything, but not expecting to win is

Peter Drucker was not only “the Father of Modern Management.” In 39 books and countless articles and speeches, he taught us how to manage. He told us we could not avoid risk, but we could manage it. He taught me that if I dared the impossible, I could achieve the extraordinary.

Drucker’s favourite leaders included legendary CEO of GE Jack Welch, who increased GE’s revenues by 4000 %; Frances Hesselbein, who became CEO of the Girl Scouts at its nadir, turned the organization completely around and was awarded the Presidential Medal of Freedom by President Clinton; and Rick Warren, who founded the fastest growing church in America, the Saddleback Church. From 200 people at church services Warren built the congregation to 20,000 and it became the eighth largest church in the US.

Dare the Impossible on Ice

In the Winter Olympics of 1980, the Soviet team was the heavy favourite in hockey. It had won nearly every world championship and Olympic tournament since 1954 and had won the gold medal in the previous four Olympics. The Soviet team was led by players who were legendary in the sport. The American team wasn’t even a close comparison. It even had only one returning player from the previous Olympic team, while the Soviet team included several players who were had been preparing full time. They had the time and resources to get and stay in top form. The American team was made up of a mixture of amateur and collegiate players that had only recently been selected for their positions. They barely knew one another. There was even some hostility among the American players because of a bitter collegiate rivalry between two college teams that each had contributed several players. To pull this team together and win anything seemed impossible. Much to everyone’s surprise, the American coach, Herb Brooks, dared the impossible, and achieved the extraordinary as his team defeated all international competitors and went on to both defeat the mighty Soviet team and to win the Olympic gold medal.

No doubt you’ve heard of the great American football coach, Vince Lombardi. He was supposed to have said, “Winning isn’t everything, it’s the only thing”. What he really said was “Winning isn’t everything, but not expecting to win is.” Lombardi took over as head coach of the professional Green Bay Packers team when even its very existence was uncertain. The team’s record the year before Lombardi took the job was just one win, one tie, and ten losses. It was the worst year in the team’s history. In Lombardi’s first year as head coach the Packers had seven wins. Many said that this was impossible before it happened. Many observers called it a “unique, one time, miracle”. Still, Lombardi was named Coach of the Year. Surprise, surprise, with almost all the same players, the year following his arrival, Green Bay won the NFL regional championship and just missed winning the overall NFL title by a few yards on the final play. The third year Lombardi’s Packers won the NFL championship title, too. These were the same players that were losers before Lombardi came. Lombardi went on to lead the team to three straight league championships without a loss and five total league championships altogether in seven years, including winning the first two Super Bowls ever played following the 1966 and 1967 NFL seasons. Want to be like hockey coach Herb Brooks or a NFL football coach Vince Lombardi? Dare the impossible!

The Man Who Did the Impossible in Academia

You probably haven’t heard the name Professor Richard Roberto. I didn’t hear much about him, and I was on his home turf of California State University Los Angeles (CSULA) at the time. Professor Roberto was an engineering professor. He was also the chief faculty advisor to students who competed in a special competition, which concerned designing, building, and racing a solar car.

In 1990, with no prior experience in solar vehicle technology, his students, mostly undergraduates, designed and built the CSULA’s first solar-powered electric car and entered the 1,600-mile Sunrayce from Orlando, Florida to Warren, Michigan. CSULA has a relatively small engineering school. It has some smart students, but it doesn’t necessarily collect the engineering geniuses found in some of the top engineering schools. Rather, it has one of the highest percentages of students who are first in their family to go to college, most with very modest family incomes. Since CSULA was competing with students from top national graduate schools, everyone knew it had virtually no chance of winning.

Amazingly, the CSULA students came in fourth place nationally. But CSULA did more. It accomplished the extraordinary. It was number one in California, besting such well-known schools as the University of California and Stanford University. As Drucker frequently said, “What everybody knows is usually wrong.”

A fluke? Maybe. Except that in 1993, they held the second national solar race with new designs, new cars, and mostly new students. CSULA did the same thing all over again with a new car, Solar Eagle II. This time, the CSULA team came in third nationally racing from Dallas, Texas to Minneapolis, Minnesota. Again, CSULA beat much better funded, much better researched universities to finish number one among other top-tier California universities in the race. Experts at the top schools in California were floored. They had the top students, they also had the resources in money, facilities, and alumni volunteers from top engineering firms. They had everything. How could this possibly happen?

Four years later, Roberto’s students built Solar Eagle III to enter Sunrayce 97. This time CSULA raced from Indianapolis, Indiana to Colorado Springs, Colorado. It was 1,250 miles, and it took nine days, the competition was stiffer than ever before. There were 36 top-flight entries such as MIT, Yale, and even my own alma mater, West Point, the first engineering school in America. In California things were even tougher. Teams working together from Stanford University and the University of California at Berkeley vowed to overwhelm this state-school upstart.

Would CSULA prevail again in California? The Stanford/UC Berkeley teams came in third and second among California teams. But, CSULA was number one again in California. There were also some interesting national results. MIT came in second nationally. But CSULA was first in the USA. Roberto had dared the impossible three times, and not only succeeded every time, but crowned it all by winning the national award.

Mary Kay Ash built the billion-dollar Mary Kay Cosmetics corporation, beginning with only $5,000. She hired her first group of saleswomen and planned on living on her husband’s salary until she started making money. Two weeks before she was going to open her doors her husband died of a heart attack. Experts told her that her situation was impossible and advised her to quit before she even started. She didn’t. She had learned how to dare the impossible as a child.

When she was only three years old her father was invalided with tuberculosis and couldn’t take care of himself. Her mother went to work to support the family. Mary Kay accepted the responsibilities for cleaning, cooking and caring for her father. I think she was nine years old at the time. She totally ran the household during the day. She made the decision to be the kind of leader who dared the impossible before she even knew what leadership was. The lessons she learned helped to develop her self-confidence, she learned to disregard well-intentioned, but bad advice and to persevere to success in an age when women were supposed to stay at home and let the men have professional lives.

If you haven’t yet made the decision to dare the impossible, you can develop the trait of doing so by:

Follow Drucker’s way and go for the impossible. You’ll achieve the extraordinary.

*Adapted from Peter Drucker’s Way to the Top: Lessons for Reaching Your Life Goals by William A. Cohen (LID, 2018)