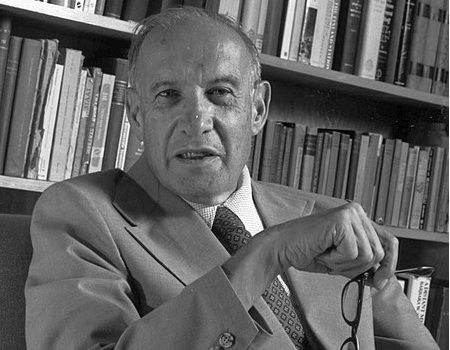 I could not believe that the number one managerial thinker and writer in the world, was teaching fulltime at the very university at which I was interviewing

Lessons directly from Peter Drucker ended on November 11th, 2005. It was on that date that I received a most unwelcome e-mail from Claremont Graduate University regarding this man from whom I learned so much, and who in many ways, changed my life. Peter F. Drucker, “The Father of Modern Management” had died peacefully several hours earlier at the age of 95 a couple of weeks before his 96th birthday.

While death at an advanced age does not come as a complete surprise, because Peter was who he was and did the things he did, and because he made so many contributions to the lives and thinking of many generations of management practitioners, researchers, thinkers, and students, around the world such an announcement causes a real sense of loss.

In my case I felt this loss because it was even more personal. Until not long prior to his death, I spoke with Peter by telephone many times and saw him at least once a year. I was not a campus colleague, except twice when I taught at Claremont Graduate University as an adjunct professor. During one such period in the mid-1980’s, Peter allowed me to use his office as my own. Drucker was both my friend and mentor. He was more than just a former professor with whom I had studied for my doctorate years earlier.

The lessons I learned from Peter were significant to my thinking and practice, not just in the discipline of management, but of life. One of the highest honors I have ever received came as a result of my teaching a challenging course in strategy, planning and decision making to a group of doctoral students at CETYS University in Ensenada, Mexico in 2005. One student representing the group was generous enough to say, “As you have quoted and furthered the ideas of Peter Drucker, in the future, as we progress in our careers, we will quote you and further your ideas.”

My First Drucker Lesson was not in the Classroom

Peter was a master time manager. Each of us has the same amount of time, 24 hours a day. But some fritter away and waste their time on work which has no bearing on what they would like to accomplish or where they would like to be one, five, ten years or even over their lifetime. Once you decide on your purpose in life, other non-essential work that you do becomes obvious. Maybe you are in the wrong job for where you want to be in the future or for what you want to become. Unless that job is supporting you as you struggle to gain the knowledge, money,  or in other ways help you toward the real “business you are in” in life, you are much less likely to achieve your life’s purpose. This doesn’t mean that you must avoid washing dishes or digging ditches to earn necessary money while you are preparing yourself in this or other ways for your life’s purpose. But it does mean that you need to decide what you want, and then stick to activities which support your life’s goals. From this first preliminary lesson I realized that this individual, Peter Drucker, had something to say which was very valuable indeed and I applied it at once.

I received a printed advertisement at work promoting an MBA at Drucker’s school. I already had an MBA from the University of Chicago. In smaller letters at the bottom of the flyer were the words: “New PhD program for executives – call the dean’s office.” It gave a telephone number. The university was called “Claremont Graduate School.” Years later the name was changed to The Peter F. Drucker and Masatoshi Ito Graduate School of Management of Claremont Graduate University.

In a telephone inquiry, Dean Albrecht told me that this new PhD for executives had just been approved by Claremont’s president and its academic council and that a limited number of students would be admitted to the first class in the fall of 1975. He told me that this was not a program for specialists or those who wanted to become professors to teach and do research. It was designed for executives who wanted to reach the top levels as practicing managers. Potential students wanting to get into the program had to be practicing managers with the potential for further promotion. Albrecht questioned me extensively about my background and about the research and development organization which I headed.  Finally, he said: “You meet the basic requirements. If you are interested why don’t you send me your curricular vita?“ Several weeks later his secretary, Lois, called to set up an interview for me at Claremont.

Soon I was driving toward the small town of Claremont, California, about 40 miles due east from my home in Pasadena. I was much relieved when I arrived at the university and found it to be one school of a consortium called “The Claremont Colleges.” It looked real, but due to an earlier experience with a diploma mill, and not being a native Californian, I was suspicious of California schools.

I met Dean Albrecht and he explained his new doctoral program. It was based on an equally demanding MBA executive program begun several years earlier.

“In this new executive PhD program, you will be required to do research and write a dissertation on a specific business topic. You must also meet the requirements for traditional research tools such as taking a qualifying examination and a proficiency examination in two foreign languages. The difference is that your doctoral courses will not be in one area but will cover all of the disciplines and more of business and economics.”

“Also,” the dean continued, “You will be required to take several courses from Peter Drucker as his concepts are the basis of the program.”

The magical name, “Peter Drucker,” grabbed my immediate attention. I could not believe that the number one managerial thinker and writer in the world, was teaching fulltime at the very university at which I was interviewing,. I didn’t want to insult Dean Albrecht about my disbelief. So, I asked, “Which “Peter Drucker” is this?”

“There is only one Peter Drucker,” Albrecht responded.

I decided right then that this was exactly the program that I wanted. I applied for Claremont’s new program and was accepted. A couple of months later I was in a class with nine other executive PhD students with perhaps the greatest management thinker of our time, team-taught in this first class with the Dean, Paul Albrecht. It was the first class of the new program, limited to ten new executive doctoral students, and conducted in a lounge room at the university faculty club. The class was completely informal, with both Paul Albrecht and Peter Drucker leading the class in discussing important managerial issues of the day. I was off and running learning Drucker lessons and wisdom first-hand.

The Oral Lessons and Lost Wisdom

Despite Peter Drucker’s extensive writing in books and articles, speeches,  and edited collections of his works, some of his wisdom has probably never been published, and much has been published incompletely. The reasons are not difficult to understand.  An author focuses on the subject matter of the topic at hand. Thus, Drucker wrote on “The Concept of Management,” “Management Tasks Responsibilities and Practices,” “Innovation and Entrepreneurship,” and more. But many important concepts are left out of the specific topics on which he writes.  Moreover, much is probably imparted through voice intonations and gestures and in providing feedback and his interaction with his students. What Drucker really wanted to emphasize, is by the nature of the printed word, sometimes missing from any published material, even though Drucker was a master of the printed word.

Fortunately, while Drucker may have not have covered everything he wanted to get across through the single mode of communication of his writing, or even in the many oral interviews he did with journalists and business writers, he frequently elaborated more in his lectures and discussions with his students. The new doctoral program and its courses were developed by him and Paul Albrecht. Four years later in 1979, I was proud to be the very first graduate from that program. And several years after his death, his wife, Doris Drucker confided that when I attained the rank of major general in the Air Force, he told her that I had been his favorite student.

Although Dean Albrecht and Peter applauded my progress in becoming a senior military officer, at the time I wasn’t even in the military, having resigned my commission when I accompanied my Israeli wife to Israel.  I eventually rose to become  a  major general and then President of a graduate school largely because of what I had learned as Drucker’s student.

I think Peter was pleased that I became an academic, too, although some years later when, having some challenges in my academic career, I asked his advice and complained to him, “You got me into this.” He instantly retorted, “Don’t blame it on me!”