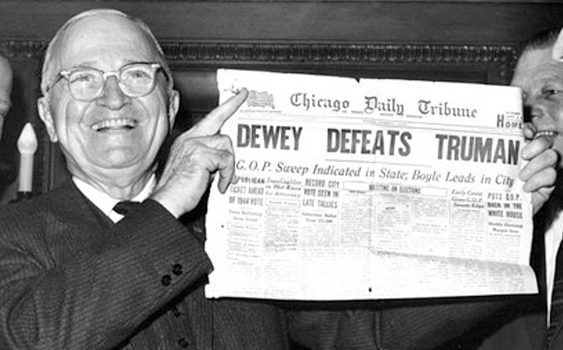 the “so-called” common knowledge is simply an assumption

What was Peter Drucker’s most valuable contribution? With so many insights, so many wonderful ideas, so much ethical and moral guidance which might help organizations and individuals successfully meet serious challenges, we have a wide range of choices.

What a Famous Poet Claimed

“Believe nothing you hear, and only one half that you see.” This is what the famous American poet and horror story writer, Edgar Allan Poe wrote. This a quote from his story “The System of Dr. Tarr and Prof. Fether,” appearing in the November 1845 issue of Graham’s Magazine. His words seem similar to Drucker’s frequent refrain in the classroom “what everyone knows is usually wrong.”

I have thought more about this since the pandemic came upon us. I reviewed many Drucker prescriptions for a variety of problems. Was there something in his discoveries and recommendations which might help during these trying times? Yesteday morning I watched the mayor of Austin, Texas. He said they had made various mistakes in reopening and would not repeat them again. In seeking to find some commonality in these errors, I concluded they had accepted what everyone had thought previously to be true, nothing bizarre.  Today and almost every day we hear words from doctors and political leaders that we all soon know and believe . . . at least for a time. “Face masks are useless”  one day and another “face masks are required.” “Social gatherings and not wearing masks with social distancing of six feet cause the pandemic.” “Not wearing face masks during protests caused no problems.”

I recalled again that Drucker had said repeatedly not to accept what everyone knows and that we must think through our own solutions in every situation. “What everybody knows is usually wrong. I’ve been surprised over the years the number of times this turns out to be true. Of course, we must do a thorough analysis and take the time to think it through and be ready to dismiss even the opinion of experts or those we trust.  We need to think through every situation and not simply accept the so called “common knowledge” or what is commonly thought true by others.

What Everyone Knew about the Black Death

The Black Death or the Plague pandemic which killed one-third of the population of Europe beginning about 1347 provides insights. The cause was unknown, and doctors and religious leaders were desperate.  Everyone knew it must be bad air or the punishment of God or something else.

Eventually someone noticed that Jews were dying at a lower rate, and soon “everyone knew” that the Plague was caused by the Jews. Entire Jewish communities were destroyed, the inhabitants killed by mobs and in some cases mass groups of Jews were burned at the stake. The Plaque continued. Someone finally observed that the Jews bathed more frequently than others due to religious requirements. The cleanliness caused someone to note rats. They carried infected fleas which spread the virus.  More rational analysis and tests eventually confirmed this. However, “what everyone knows” can be the prevailing and erroneous belief about anything, at any time.

The Sydney to Melbourne Ultra Marathon in Australia was regarded as the toughest in the world. It was 544 miles long and took up to 7 days to complete, with stops for rest permitted along the way. Athletes ran all day under a hot sun and then rested at night when it was cool. Everyone knew that this was the only way to complete the run successfully.

In 1983, an unknown 61-year-old potato famer by the name of Cliff Young entered the race. Many thought that it was a joke and that it would be impossible for him to finish the race. Although there were no rules that you had to rest at night, everyone knew that you had to rest to recover from the hard stress of running all day. However, there were no rules as to when or how long you were required to rest.  Cliff Young was in good shape physically and thought it through and analyzed the situation. He saw that the rules permitted him to rest on his own terms rather than stop all night, every night. So, he didn’t stop for regular long periods. Result: he won the race, shaving off almost a day from the time of an athlete half his age who came in second.

You Must Think it  Through

If this were a marketing challenge, Drucker would advise us to survey the market and then think it through to determine what the customer considered value and to be extremely cautious that marketers didn’t substitute their own definition of value for that of their customers or prospects. This is a valuable insight and if you go down a historical list of products, you will find that failing to do this is at the core of many marketing failures.

Steve Jobs and the Lisa Computer

A young Steven Jobs predicted that the Lisa computer would be highly successful because it was so superior technologically. The Lisa had an advanced system-protected memory, multitasking, a sophisticated operating system, a built-in screensaver, an advanced calculator, support for up to 2 megabytes (MB) of RAM, expansion slots, a numeric keypad, data corruption protection, a larger and higher resolution screen display and more. Jobs did research. Although these features came with a higher price, it was deemed acceptable in marketing surveys by potential customers. They said they were willing to pay it because of the additional features. But when the more expensive Lisa went to market, they opted for the less expensive, technologically inferior computers offered by competitors. This happened though marketing experts “knew” that technological superiority was what was desired by the customer. Jobs should have known better. Giant IBM failed to introduce a PC at first because their survey research showed that they could only sell 1000 PC computers a year. They had assumed a PC would be similar in size and price to the large computers they had been selling.

What was Drucker’s most valuable contribution? He taught us not to listen to what “everybody knows,” but to think it through and develop our own solution. There is no question that applying this lesson requires a more critical analysis, because while “what everyone knows is usually wrong” may be true, sometimes what everyone knows is true, or at least part of it may be. So, the problem is how to know when common knowledge is true and when it is not. And assumptions are important. The first thing we need to understand is that what everyone knows, the “so-called” common knowledge is simply an assumption. Our task is to do an analysis of assumptions. Assumptions are important as they guide our actions and decision-making. This is sometimes complicated by the fact that frequently these assumptions are implicit and unstated. Psychologists tell us they are useful because if true, they provide a sort of short-hand way of thinking for decision making. However, decision making can be disastrous if we accept assumptions as fact without more analysis regarding timing and everything else in a situation. Even with research anyone and “everyone” can be wrong, and we should take nothing for granted.

In 1948, Democrat Harry Truman prepared to run for President against Republican Thomas Dewey. He had been Roosevelt’s vice president when Roosevelt had died suddenly while in office. Now Truman was running for president on his own, but he was not a popular choice. Few predicted his success.

Dewey had been a highly effective Federal Prosecutor and Governor of New York. He had powerful friends which included the famous reporter and radio broadcaster Lowell Thomas, the Reverend Norman Vincent Peale, and the legendary CBS News journalist Edward R. Murrow.

The popular perception of Truman was that he was simply a party “hack” supported by the powerful Democratic boss in Kansas City, Tom Pendergast. His indecision on the issue of Jewish statehood gave the appearance of weakness. In fact, his popular Secretary of State, General George Marshall, a retired five-star general, had threatened to resign if Truman supported Statehood for the Palestinian Jews. The Republican Congress had rejected most of Truman’s proposals for domestic reform. His foreign policy initiatives in Europe were not yet successful. Support within his own party was inconsistent, especially as he began supporting civil rights, which many of his fellow democrats opposed. They left the Democratic Party and were called “Dixiecrats.” Truman was also attacked by the left wing of his party because of his policy of opposition  to  Soviet expansionism. which they regarded as confrontational. Roosevelt’s earlier Vice President left the Democratic Party and established the Progressive Party in opposition.

The media predicted Thomas Dewey’ election in a landslide. So did the Polls.  Nevertheless, a famous photograph taken the day after the election shows Truman smiling and holding up a copy of the already published Chicago Tribune.  The headline read DEWEY DEFEATS TRUMAN,but Truman was smiling because he had already been elected President.