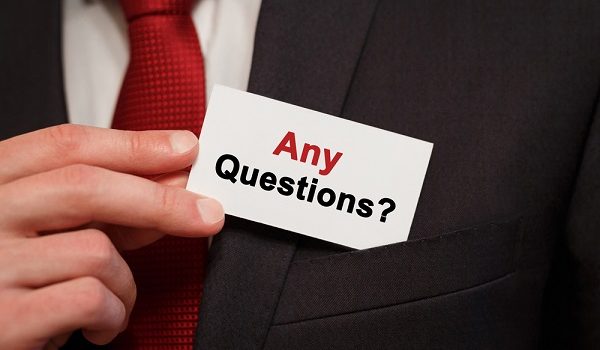 Drucker’s model for his consulting engagements was to ask questions, consequently there was much that differentiated his consulting method from that of other consultants of all types. True, Drucker was an acknowledged genius

Most consultants are thought to be and frequently termed “very smart,” a “good communicator,” “charismatic,” “an innovator,” or perhaps “a born salesperson.” But Drucker was a genius. Period. Probably this in itself caused differences in Drucker’s approach to carrying out the function of consulting in a certain way, but there is more. Most very successful singleton consultants seem to partner, hire associates, and other employees. In short, they expand. It was a fact noticed by others looking at Drucker’s consulting practice that he did not expand. Look at the largest firms. It will illustrate what I am talking about and what it means in reference to Drucker’s consulting, and especially to his modus operandi.

The Big Three Consulting Firms and How They Got that Way

Many huge consulting firms are born of a single consultant. McKinsey & Company, the most prestigious and the largest with an annual revenue currently of $8.4 billion, is harvested by more than 20,000 employees in 140 offices worldwide. Yet it all started with one man, James O. McKinsey, a University of Chicago accounting professor, who founded the company in 1926 with the idea of applying the principles of accounting to general management. There are similar stories with other major firms. The Boston Consulting Group, or BCG, was founded by Bruce Henderson, a former Bible salesman, in 1963, the company’s first month’s billings were just $500. In 2014, the company had revenues of $455 billion and 6,200 consultants included in a total staff of 9,700. Bill Bain partnered with six others to form Bain & Company in 1973. He was a little different from the other two founders in that he had been a vice president of the Boston Consulting Group and resigned to establish Bain & Company. Before that, he had been a director of development at Vanderbilt University. Today, the company has 51 offices in 33 countries, and along with the other the other two consulting firms mentioned, claim status as one of the “Big Three” consulting firms.

Drucker easily could have started Drucker and Associates or the Drucker Consulting Group, leveraged his abilities and his name, and multiplied his income a thousand times over. He died wealthy, but not the level of wealth of the three consultants mentioned. He never expanded past a single employee, and that one employee was Drucker himself. And while McKinsey quit teaching accounting in Chicago to devote himself full time to developing his consulting firm, Bruce Henderson had long since quit pushing Bibles, and Bill Bain surrendered his job at BCG to start his consulting giant, Drucker continued as a management professor almost until the end of his life. Yes, Drucker was a highly paid and much sought-after management consultant throughout his life. However, he defined himself as a scientist, specifically a social ecologist. Meanwhile, maintaining his practice as a “one-man band” may have led to the primary difference in his model of consulting, which even practitioners in “The Big Three” might apply beneficially today. A single independent consultant cannot possibly accomplish the output of the teams of consultants assigned to single-client projects of a large consulting firm. So, Drucker may have been driven to a dramatically different approach by this single fact.

I have noticed that sometimes a more optimal model, whether physical or cerebral, is the accidental result of some unexpected constraint. When a senior cadet at West Point, I was in the audience when Walter Dornberger—former major general in Germany’s WWII Luftwaffe, and then an employee of Bell Labs in the US, but once Werner von Braun’s boss at Peenemunde, the secret German rocket center during WW II, and the actual father of the V-2 Rocket—was questioned by a fellow cadet regarding the missile’s dimensions. “We had no choice,” Dornberger answered. “We spent an enormous effort on this because we knew the routes the missiles had to follow to be transported to the launch sites. They had to travel through several medieval German towns to avoid allied air strikes and the narrow, curving roads dictated the missiles’ dimensions. In the end, this turned out to be a significant advantage not only in transportation, but also in storage, propellant, and other factors. It was worth the effort for what we at first considered a really side issue.”

Most consultants seek to solve a client’s problems by themselves, or at least with the client acting primarily as a catalyst. But Drucker went beyond simple communication and basic interaction with the client as the engagement progressed. Most seem to agree that this is what consultants get paid for. There are two old jokes about this. I’m certain if you’ve been around consultants, either as a practitioner or a client for any length of time, you’ve heard one and maybe both previously. But just in case you’ve escaped these trivialities, here they are. The first is a definition of a consultant. There are variations of this one. In one version, a consultant is defined as an individual who borrows your watch to tell you the time, and then charges you for the privilege.

In the other joke, the consultant strikes back and is the protagonist. A client has a problem within his organization, but doesn’t know what or where it is. He hires a consultant and sends him to an empty desk, along with the company’s organization charts. A few minutes later, the consultant rises from the desk. He shows the client one of the organization charts and with a black marker pen he draws an “X” prominently over one job position and gives the client instructions to eliminate that particular job. At the same time he presents his client with a written invoice for $1,000.

The client is shocked. “You spent less than five minutes looking at our organization charts, then you bring them to me and draw a single “X” on one of them and charge us $1,000. Give me a price breakdown,” he demands.

The point with both of these little homilies is that they both assume the engagement model of consulting to be that the consultant and his expertise solve the issue and that the client is basically a bystander to this process. Neither situation described Drucker’s model of the consulting engagement. The model they describe is that a client tells the consultant his problem either verbally or most likely in writing, and then gives the consultant a statement of the work to be accomplished. The consultant then independently solves the client’s problem, be it by simply observing and reporting on the time shown on a client’s watch, or inspection and analysis of something else.

The Client Is the Real Expert

I was once asked to sit in on a team of four consultants who were making a presentation on strategy for a major university that had hired them. They had used a variation of the GE/McKinsey nine-cell matrix to allocate resources over various departments and programs. They were clearly experienced. They had collected data, analysed it, placed it into various cells in the matrix, and drew conclusions from an analysis they explained based on their interpretation of the data, including what resources were needed and how to allocate these resources.

Certainly, a credible job, and I had no quarrel with the basic process that they used, although I did find fault with their interpretation of the data on which their analysis, conclusions, and recommendations were based. And this leads to one of the advantages of Drucker’s model of the consulting process: it wasn’t the consultant who provided the data or interpreted it. It was the client. It was the client who best knew and understood the situation, and after Drucker provided the guidance through questions, the client provided the correct data, as well. The client did this because Drucker asked questions that provoked the client’s brain to start working. These questions acted as a catalyst, resulting in a much better analysis and solution from someone who better understood the facts and nuances of the situation than any one or more consultants could on their own as outsiders, no matter how brilliant or hardworking. It was simply a matter of asking the right questions of the brain.

And that’s what Drucker preached. Ask first the questions of yourself. But then ask the real situational expert, your client, chances are with guidance he can come up with n even more powerful answer.

*Adapted from the book Peter Drucker on Consulting: How to Apply Drucker’s Principles for Business Success by William A. Cohen (LID, 2016), also titled Consulting Drucker: Principles and Lessons from the World’s Leading Management Consultant (LID, 2017) and syndicated elsewhere.