*Drucker said “What Everyone Knows is Usually Wrong” 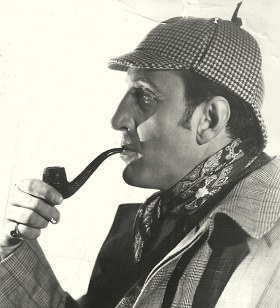 : “Elementary, my dear Watson”
“common knowledge” should always be suspect, and evidence must be sought and examined closely

With so much information being dispensed about the Coronavirus confronting us worldwide, it is inevitable that many predictions even by experts, tired and frustrated and sometimes doing dangerous but lifesaving work daily sometimes are more negative than need be. Yet there is reason to believe that that no matter who says or predicts, what –  that whatever everyone seems to know, especially under stress, is frequently incorrect.

That was one particular remark that I clearly remember Drucker making again and again in the classroom.  Yet, only after I wrote and explained this in several of my books about Drucker did it appear anywhere, and I have never seen it among his published work.  This was the seeming contractor statement  that “what everyone knows is usually wrong.

Maybe through repetition I finally began to think more deeply about what his words really meant. This strange statement is not only true, it can be immensely valuable to remember not only in every business and management decision but in many other areas of human endeavor. It means that it is wise always question all assertions no matter where they originate or how many others agree. This is true regardless that a majority of people seem to “know” the “fact” to be true and that can be safely assumed without analysis or questioning. So called “common knowledge” should always be suspect, and evidence must be sought and examined closely because in a surprisingly high percentage of cases, the information given, especially under stress will turn out to be inaccurate, or true only under certain conditions, or true only to a limited extent. Or it may have been true in the past, but this time a new factor was added.

This can lead us to overlook valuable innovations and to reject some ideas without investigation. I now consider this simple statement critically important among Drucker’s work and accurate in just about everything, not only management, but politics, economics and a lot more including our great fears in the real COVID-19 pandemic and what we face in this environment. Many times, if we ignore these “facts that everyone knows” we can introduce remarkable innovations which though they seem impossible change everything. In this way we learned to fly and eventually ventured into space, though such impossibilities may start with beliefs alone.

Is What Everyone Knows True or False?

Some “facts”  once thought by everyone to be true we laugh at today. “The world is flat” or “The earth is the center of the universe” are typical. Doubt some of these things in past centuries and you could be sent to prison or even burned as a witch. The ancient Greeks knew that everything was made up of only four elements: earth, air, fire, and water. I don’t think that you got imprisoned for believing otherwise, but you were at the very least thought ignorant.

In modern times we learned that many of these views were mistaken. When I took chemistry in high school, I learned that a Periodic Table of Elements had been formulated by the Russian chemist and inventor, Mendeleev and that it had been established that there were exactly 93 elements which were arranged by atomic mass. You got an “A” if we could name them all.  Had we proposed that there could be more, I am certain that we would have been immediately corrected by our teachers. In the words of Richard Rodgers and Oscar Hammerstein in their song in Oklahoma, “things have gone about as far as they could go.” When I was in High School there were 93 elements. Today, there are 118 — or so “everybody knows.” I’m uncertain since the numbers are changing. When I checked this in 2008, there were 102. And they forgot to tell is that Mendeleev had documented only 63 elements . . . the other thirty hadn’t been discovered in his time.

We see a lot on TV and in the movies regarding Arthur Conan Doyle’s famous detective, Sherlock Holmes. Everyone knows Sherlock’s most famous utterance was a sentence consisting of only the four words, “Elementary, my dear Watson.” The detective would respond with these words on Dr. Watson’s surprise at an unexpected deduction made by Holmes. Maybe everyone knows this, but everyone is wrong.

Holmes didn’t utter these immortal words in a single instance in anything ever written by Doyle, not in any of Doyle’s four published novels and not in fifty-six short stories about the adventures of Sherlock Holmes. Wherever did people ever come up with such universally believed, but incorrect bit of information? It was the English actor, Basil Rathbone playing the part of Sherlock Holmes in Hollywood movies in the 1940s that responded with the famous sentence, not Doyle’s character in anything he ever wrote. These words fit the character of Holmes perfectly and though not emanating from Doyle’s creation, because of movies this became a known fact that everyone knew.

Many years ago, I was involved in the selection of one of two designs for a new aircraft proposed by two different companies for the Air Force. The companies were The Boeing Aircraft Company and McDonnell-Douglas Aircraft Company. Those who know the aerospace industry also know that the former company eventually acquired the latter, but this has nothing to do with my story. Both proposed modifying one of their standard airline designs which was already in production and in use.

Periodically we would meet with each aircraft company’s design team to access progress on each company’s proposals.

On one occasion, one representative  said: “You can save $10 million dollars for each aircraft produced if you would allow us to deviate on the size of the escape hatch by two inches.  That would be the standard size of the hatch for current airliners. They successfully passed all FAA tests.” I promised to look into his request. It could save lot of money, something the Air Force was always interested in.

Tracking Down the Origin

I contacted the engineer responsible for the proposed specification to be ignored. “We can’t do it,” he told me. “This requirement comes directly from our aircraft design handbook with specifications that we must follow for all new transport aircraft.”

This meant that my source had another source. This other source was the design handbook. Not only did it require standard requirements, but “everybody knew” because of its reliability, not only that these dimensions were the correct ones for the escape hatch, that we were required to use.

Was the Source Valid?

Both reliability and validity are concepts that come from testing. The validity of a test tells us how well the test measures what it is supposed to measure. It is a judgment based on evidence about the appropriateness of inferences drawn from test scores. But we’re not looking at test scores here, we’re looking for sources. So where did this particular specification in the aircraft design handbook come from? Knowing that source could help me decide whether this specification was valid for the aircraft we now wanted to build,  and we still had not located the original source for this information.

I knew that every specification in the aircraft design handbook was referenced as to where it came from and what it was based on. Usually they were based on original testing. I asked the engineer to do the necessary research to find out on what tests this design specification was based. Surprise, surprise! This specification was based on an aircraft test done with propeller-driven aircraft almost thirty years earlier. That aircraft traveled at about 120 miles per hour. The Aircraft we were developing traveled at about 500 miles per hour.  In this instance, the design specification was not valid. We gave it  to one of our aeronautical designers. He advised us to forget what everyone knew in this instance – the two inches at the air speeds we were anticipating for an emergency escape would make little difference. We took his recommendation and saved millions of dollars without compromising safety.

A lot of what we learned and are learning about COVID – 19 is true, including the effectiveness of “social separation.” This virus is very dangerous, and we would be foolish not to pull out all the stops in fighting it. However, we are fighting now using modern technology and innovative thinking medical, political and economic, and this is being done sometimes at great sacrifice and risk by the best brainpower available. We will ultimately be successful. But we have yet to determine the length of time that social separation must be maintained. Forever is a highly unlikely answer and not immensely helpful. The longer the better is an assumptive answer whose only guarantee is to ensure the economy will lie dormant. All this is being tested now, but Drucker’s warning hasn’t changed: what everyone knows is usually wrong.

Be safe and healthy and also live long and prosper.

*Syndicated and adapted from