You Can Become a Leader in Any Organization* 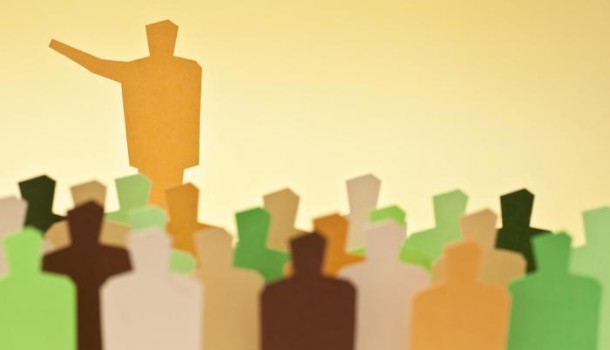 Some concern themselves with the question: Are leaders made or born? If leaders are only born, there is little you can do but wait. Fortunately, research indicates that leaders are both made and born. But Peter Drucker found that there is a  single factor which is more important, and it is required for leaders who are in either or both groups. Is it education? Connections? Action? Luck? Performance? Certainly, these plus other factors as well in the situation can play a part. The U.S. Army breaks it down into three elements: Be, Know, and Do. However, Peter Drucker discovered that there is a single decision that all leaders must make that is the key factor.

Drucker concluded that there was only one essential leadership decision which all leaders made and on which all else that follows is based. Drucker  said that this was the first and most important decision that every single rising leader must make. What is this important and mysterious decision? Quite simply It is the decision to become a leader. Without the future leader’s crucial decision to become a leader, no future leader will ever go forward.

Many Want to be Leaders, but not all Accept the Challenge

The majority, even some who eventually become top leaders may not really want to become leaders at first no matter what they say. They may be attracted by the prestige and other benefits that may go with being a leader. However, many, if not most, do not want the responsibility for bad decisions or erroneous  judgments and are afraid that subordinates will not obey them, or that they will think their performance to be poor even if they make the correct decisions.

An article in the Harvard Business Review cited a survey that found that only about 34% of thousands of employees across many industries and corporations of all types really wanted to be managers of any unit in the organization. Only 7% really aspired to be a top ranked executive. Another study of undergraduate students In England found the percentage of those wanting to become leaders even lower. Most wanted responsibility only within their specialty and not for responsibility for the actions of others. And those that were actually willing or sought to accept the responsibility of leadership, felt that they must wait until they were promoted to a position that identified them as a leader to actually become one.

You Don’t Need to be Promoted to be a Leader

Those that aren’t in leadership positions, and want to be, but are actively seeking promotion, have this backward. Although there are exceptions, you must demonstrate that you are a leader, or at least show the potential for being a  leader before first before being selected for promotion.

Some start incredibly early even as a child by assisting parents or siblings by helping them in some way. By being a “big brother,” “big sister,” or one of their parents “little helper”, they demonstrate their potential to themselves, acquire self-confidence, and develop their skills very early.

The Woman who Gave Away Pink Cadillacs

Mary Kay Ash, the lady gained fame by giving away Pink Cadillacs to her most successful salespeople, all of whom were women, and built the multi-billion-dollar Mary Kay Cosmetics corporation starting with her life-savings of $5000. But her leadership development started much earlier.

When Mary Kay was only seven years old her father was invalided with tuberculosis and couldn’t take care of himself. Her mother went to work to support the family. Mary Kay, only seven years old, was entrusted with taking care of her father and running the household; cleaning, shopping, and cooking for herself and her father. When she had a question, she would call her mother and receive instruction over the phone. But she accepted the responsibility and had the authority for domestic decisions and ran the household during the day. She made Drucker’s decision to become a leader and became one before she even knew what leadership was!

Years later after a successful career working for a large corporation but with limited opportunity at the top because she was a woman, she quit. She and her husband planned to start a cosmetics company based on her $5000 savings and his income. She borrowed the additional money needed, hired saleswomen and a staff, rented a storefront, etc. With a detailed business plan approved by the bank, she was all set to go.  Then a month before she was going to open shop and before any sales, her husband died suddenly of a massive heart attack. Friends, the bank, and everyone else advised her not to risk opening the company under these circumstances. She was advised to sell the assets she acquired for the business. Instead, she modified her plan, borrowed more money, and built what became a 3.6 billion dollar corporation.

General Ronald Fogleman, then Air Force Chief of Staff and the highest ranking Air Force officer, told his officers and airmen: “If you want to be a leader, all you need to do is raise your hand.” He explained that there are numerous and desperately needed, but unwanted, leadership positions unfulfilled in any organization.  In many cases  all one need to do is volunteer and do them. No one needs to wait for a promotion or an official assignment.

Frequently the Less Desirable the Job, the Easier to become Leader

One of the least wanted of the non-paid jobs available in many organizations, is that of running the annual organizational savings bond or fundraising campaigns that require voluntary contributions of time or money. These positions are required and needed in every department, and they are usually easy to obtain. Few seek them.

How a New Engineer Moved Up Fast

A few years ago, a young engineer graduated from college and got an entry level job as a design engineer at a large corporation. He had only been working a of couple months when his boss, the department manager, called him into his office. He told him that once a year it was the custom of the company to have a U.S. Savings Bond Drive throughout the corporation. Every department had its own Bond Drive Manager. The employee selected to run the drive was usually the most recent hire in that department. It was voluntary, and there was no financial compensation or reward for this additional assignment. Most employees had already purchased a few bonds in previous years, so convincing them to buy more was a challenge. The young engineer agreed to accept the responsibility for being Bond Drive Manger in his department that year.

All of the other Bond Drive Managers in other departments simply got a list of employees in their departments and called them by phone asking them to participate by purchasing additional savings bonds. This new engineer did things differently. He insisted on seeing every engineer personally. He went well prepared. He researched written material from the government regarding the advantages of buying U.S. Savings Bonds. He obtained a book on selling from the corporation library and put sales techniques from the book into practice when he met fellow engineers. He was always pleasant and enjoyed meeting and talking with his associates. He made friends with them and most importantly he sold bonds, a lot of bonds.

When an engineering project came up that required job overtime and  hard work, his department manager gave the job to him although he was not the senior engineer in his department. As expected, he did a superb job. When the department manager was moved to a different job, he recommended the young engineer for his replacement. He wasn’t selected, However when a new engineering department was formed, he was named Department Manager. Only a few years later, he became the company’s youngest vice president.

If you have haven’t yet made this most important of leadership decisions according to General Fogleman, you can become a leader immediately by making the decision and volunteering for an unpopular job that needs a leader and showing what you can do by doing the best job you can. To begin, make your decision to become a leader and take action by raising your hand to become one.

The Practical Drucker by William A. Cohen (AMACOM, 2013)