What Everybody Knows is Usually Wrong * 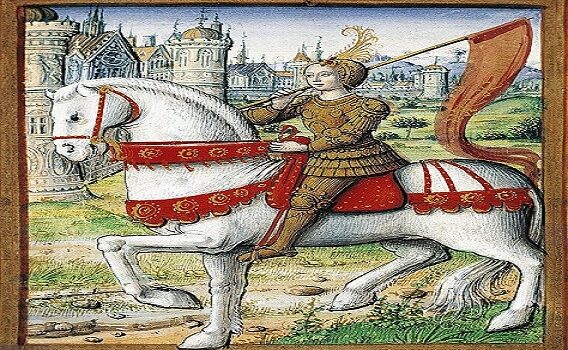 “Believe nothing you hear, and only one half that you see”

Until Drucker became my professor, I always felt pretty good when an opinion I held seemed to agree with others’ opinions on the same subject. This majority agreement seemed to confirm that I was right and confirmed my knowledge about the subject. Yet what Drucker emphasized to his students was “What everyone knows is usually wrong.” Moreover, he seemed to enjoy showing us when a majority belief was proven wrong which was unexpectedly frequent.

I was surprised not to find this in his published material. Then, when I quoted  Drucker in a manuscript for a book about my experiences with him, the publisher changed it to: “What everyone knows is frequently wrong.” My editor said that he had made the change for believability, that this was more logical for him to have said. But that’s not what Drucker said. Drucker said usually wrong. Thereafter I paid closer attention and insisted that Drucker be quoted exactly the way he had expressed it in the classroom.

I also paid closer attention and discovered that his statement was surprisingly accurate. I looked at many majority opinions once held in the past. They were usually wrong and there are many examples throughout history.

Can What Everyone Knows Really be in Error?

We laugh at some “facts”  once thought true. We don’t even stop to consider that once not only were they considered facts by some, but everyone seemed to accept them as factual as well. “The world is flat,” “The earth is the center of the universe,”  or until Englishman Roger Bannister ran it for the first time in 1954: “It is impossible for the human body to run a mile in four minutes.” These are typical. If you were verbal about your doubt that some of these “facts” might be wrong, in some centuries, you could be sent to prison or executed as a witch.

The latter is what happened to Joan of Arc, the 15th century female warrior-prodigy who appeared during the Hundred Years War between England and France. The French city of Orleans had been cut off for eight months and the English had beaten back every French attempt to break the siege. Then along came this young girl who claimed God had told her to take command. Charles VII of France might have ignored her. However, his advisors were so frustrated that they told him that he might as well give her command, since they’d tried everything else. Desperate, he sent Joan on an unusual assignment.  He sent her to Orléans commanding the relief army. She broke the siege of Orleans not in months but in eight days! It was bizarre. Thereafter the teen age Joan led French armies to one victory after the other. They designed a large banner which clearly identified her, and everyone knew her position on the battlefield. Almost a year later she was captured. Her captors spread rumors that her victories had been won through witchcraft and demanded that she be tried in a religious court. The court found her guilty by unanimous decision and sentenced her to being burned alive at the stake. Everyone knew she was a witch. She had proven it herself by her victories and her enemies were happy to spread the lie. She was killed as required by religious law without a drop of her blood being spilled.

The ancient Greeks believed that all matter was made up of only four elements: earth, air, fire, and water. I don’t think that you got imprisoned or burned at the stake for believing otherwise, but you were at the very least thought to be an ignorant person.

In modern times we learned that much of what the ancients believed was wrong. When I took chemistry in high school, I learned that Mendeleev, a Russian chemist and inventor, had formulated a Periodic Table of Elements and that it had been established that there were exactly 93 elements which were arranged by atomic mass. Following science meant knowing them. You got a passing grade if you could name a few. Had a student proposed that there were more than 93, I am certain that he or she would have been instantly corrected.

Guess what? Science was wrong!  Our teachers too. When I checked this in 2008, there were 102 elements. And our teachers usually failed to tell us that Mendeleev had documented only 63 elements when he did his research . . . the other thirty hadn’t been discovered until later. When I checked in February of 2021, there were 118 — or so “everybody knows.” I’m uncertain since the numbers can still increase since scientists are now creating new elements rather than just discovering elements already in existence.

The Scientific Theory of Creation that was Wrong

The Sanhedrin was the highest court of justice in ancient Israel. There was one Great Sanhedrin of 71 judges sitting in Jerusalem, which acted as the Supreme Court, taking appeals from cases which were decided by lesser courts. The Sanhedrin too decided “what everyone knew was usually wrong.” So, in the case of capital offenses which called for the death penalty, unless at least one judge thought the defendant innocent, the defendant was set free despite the complete agreement of guilt by all 71 judges. The Sanhedrin thought if all the judges termed the defendant guilty with not a single exception, something was wrong with the court and taking human life in a prejudiced situation was against Jewish religious law.

With many additional opportunities to distribute erroneous information as factual, this can be a complicated problem. Incorrect information gets repeated, and the impression is given that multiple sources have confirmed the original source even though it may have been in error.

Since ancient times “everyone knew” that women had a medical problem which limited their rational decision making. So, in many countries including the U.S., women weren’t permitted to vote.  This was based on the “scientific” belief that women were less mentally stable due to a hormonal imbalance.  As late as 1960, some still believed that women were controlled by their hormones.  Pregnant women were viewed as emotionally charged, hormonal powder kegs.

Hormonal surges supposedly caused female instability and led them to make irrational decisions. Even bad hairdos were deemed possible stimuli. Consequently, pregnant women were advised not to cut their hair radically for a different hairdo because of an unusually strong regret that was likely to result when a woman who was already in a poor emotional state reflected on her changed appearance.

As far as I know no one advises women not to cut their hair anymore during pregnancy, and it is established that both men and women are subject to  hormonal issues. Also, we don’t burn those we disagree with at the stake anymore either, but during the pandemic we have taken to describing unpopular political leaders and even medical doctors as incompetent, liars, dishonest, unpatriotic, racist, or claiming they don’t have the courage to stand against whichever political party or politics we disagree.

I wondered what I should believe or doubt with all that I see and hear, on TV and the Internet nowadays. I recall the advice to new detectives: “Believe nothing you hear, and only one half that you see”. This seems to support Drucker’s warning to his students. This different advice has also been given budding attorneys though it didn’t originate with any judge.  Instead, it came from a work of fiction by Edgar Allen Poe  and appeared in, “The System of Dr. Tarr and Prof. Fether” in the November 1845 issue of Graham’s Magazine. I consider this my first line of defense. What’s yours? Or do you just believe whatever the majority believes? Remember Drucker’s warning: “Whatever everyone knows is usually wrong.”

Be safe and healthy and live long and prosper – but investigate any claim on your own. Respect others who see or hear and may believe and have  different opinions than you. Until the present becomes history, many facts that we know, or think we know, may be wrong or in somewhat in error, especially if they are what “everyone knows.”

*Syndicated internationally and Adapted from

*Illustration: Joan of Arc (Jeanne d'Arc) depicted on horseback from a 1504 manuscript