THERE IS NO BARRIER YOU CANNOT OVERCOME * 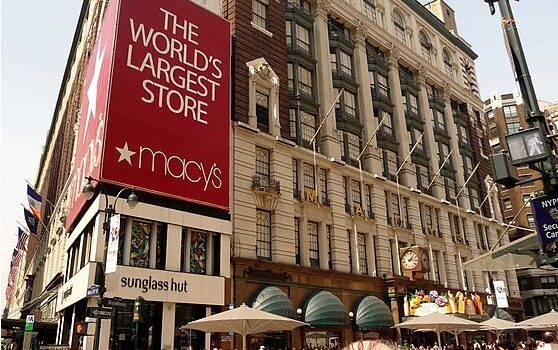 Past failure does not mean future failure

How many times have I heard experts say that something can’t be done? They frequently explain exactly why you can’t do something, and their  explanations are quite reasonable. Yet, many such acts are completed anyway.

You can’t jump off a high building and fly. Or can you? Maybe you can run faster than humanly possible. Well let’s see.

When I was a teenager, two track champions were approaching a human speed goal that had never been achieved. The goal was to run a mile in four minutes. The world record for running a mile after many years was 4 minutes and 1.3 seconds, set by Gunder Hagg of Sweden in 1945 some years earlier.  Because of many failures, experts including physiologists announced that the human body just wasn’t built to run a four minute mile, which was a permanent fact just as a man or woman, couldn’t jump off a high building and fly. Amazingly on May 6th, 1954, Roger Bannister of England broke the barrier and ran a mile faster than four minutes even though told by many that doing it was impossible. Within a year, several others broke the barrier too. Since that time, even many school track runners have broken the four minute barrier. This happens often: once somebody breaks a barrier, many break it afterwards. El Guerrouj of Morocco now holds the record at 3 minutes 43.13 seconds.

And jump off a high building and fly? Well, someone designed a body suit to enable you to glide in the air so you can do that too if that’s your desire.

Those Wanting to be President Break Barriers Too

Several became president of the U.S. despite significant barriers. I had barely heard of Barak Obama, the young man from Chicago who seemed intent on running. Ambassador Diane Watson, an experienced democratic politician, told me “Barack has tremendous ability, and he’ll be president someday, just not this year.” She was wrong. He made it that year. At the beginning, many had heard little of Obama, except that he had given a good speech at the previous Democratic Convention. Some years later, few, even in his own party, thought Donald Trump, a real estate millionaire and TV star even serious. He had been a democrat previously. Yet, like them or not, both reached their goals, Obama a relatively unknown African-American running against an experienced six term Senator and war hero and much later Trump with little political experience who had been affiliated with both parties previously. Both believed that they could overcome their barriers, and both did and became President, even though they were told by many that they couldn’t. But let’s go back a century.

Abraham Lincoln had a terrible record. He had failed at just about everything. He failed in business, ran for the Illinois State Legislature, and was defeated, went into business again and went bankrupt, ran for Speaker, and was defeated, was defeated in a nomination for Congress, was rejected for an appointment for the U.S. Land Office, was defeated in a U.S. Senate race, and two years later was defeated again in nomination for Vice President. Then in 1860 although advised he wouldn’t make it by politicians of several  parties; he became 16th U.S. President as a Republican, broke the barrier and saved the Union!

Past Failures Can Lead to Future Success

Drucker noted that past failure does not mean future failure. This was Drucker’s argument against a popular idea developed by Professor Lawrence J. Peter called The Peter Principle. Professor Peter theorized that people rose to their limits of their competency. Therefore, many bosses were incompetent and if you had a “bad” boss, this was his explanation of your misfortune. Drucker however said that there was evidence that past failure could be good preparation for future success.

An inexperienced woman was born to a single mother and had grown up in extreme poverty. Raised by others, she had a rough life including being molested repeatedly during her childhood and early teenage years.  With great effort she got a part time job at an African-American Radio station in high school and won an oratory contest to college. By 19, she was a co-anchor for the local evening news. Her unusual extemporaneous delivery led to her transfer to daytime talk shows. Still, she was fired once, and told she wasn’t right for TV. However, after boosting a third-rated Chicago TV talk show to first place, they not only kept her but renamed it The Oprah Winfrey Show. It became one of the most successful daytime talk shows ever. As a side benefit, as her fame grew, Oprah Winfrey became the first female African-American billionaire in history.

But you don’t need to be African-American to run into barriers. A student with the unusual name of Rowland Macy studied business in college, graduated, and then opened a retail store. It failed. He started another. It failed too. This happened four times: all failed. Finally, his fifth attempt succeeded even though on the first day he brought in only $11.08 in sales. More than a hundred and fifty years later, the store not only exists but though suffering like others during the pandemic, in the last quarter of 2021, Macy’s added 4.4 million new customers.

As First Lord of the Admiralty, Winston Churchill convinced the WWI British War Cabinet to undertake what became the largest allied disaster of that war: the Dardanelles Campaign, and its landing at Gallipoli. This resulted in over 200,000 allied casualties. Churchill was forced to resign from the government. He volunteered and served as an army lieutenant colonel on the western front. Having commanded admirals as First Lord of the Admiralty, serving as a lieutenant colonel was a big step down. He also faced significant physical danger. His hut mate was blown apart and killed during an artillery barrage. Churchill survived the war. But he had failed in his top job as Sea Lord.

Yet the same individual, with much greater responsibilities served as Prime Minister during World War II, saved England, and the free world including almost a year that the British stood alone against Hitler and the axis powers. Moreover, this one-time failure is now considered the greatest political figure of the 20th century, and maybe of all time. Clearly, he accepted no barriers as insurmountable.

Colin Powell Failed Several Times on His Way to the Top

General Colin Powell didn’t go to West Point and there was no such thing as “affirmative action” to help Powell get a job as he grew up and was promoted in the Army. Yet he became a general. According to his autobiography, My American Journey, as a new brigadier general, he made two serious mistakes and received only a mediocre effectiveness report. Since only a small percentage of brigadier generals are promoted to major general, Powell knew his chances were small. Then if that weren’t enough, he felt that he may have mishandled a case of sexual harassment. In his own words, he asked himself: “Was this ‘strike three’ (as in three strikes and you’re out in the game of baseball)? However, he had the self-confidence gained from overcoming many barriers before.

Powell’s thirty-year previous record of outstanding performance and accomplishments earned him another chance at his second star. That’s all he needed. He was promoted to two, three, and then four-star positions and eventually became Chairman of the Joint Chiefs of Staff and the U.S. military’s highest ranking officer under President George H.W. Bush. He performed well and after retirement was asked to run for president, which he declined but became Secretary of State for President George W. Bush several years later.

No, I never ran a four minute mile,  jumped from a high building and tried to fly, nor became a billionaire. However, when told that I could not achieve or do something, even by experts, I decided myself whether to proceed or not. At age 14, with poor vision I was told by a military doctor that I could never fly or attend West Point because I could not pass the vision standards. When I retired from the Air Force as a major general some years after graduating from West Point, I had navigated a B-52 bomber more than 2500 hours and a low level attack aircraft for 174 combat missions before being given larger responsibilities in research and development.

Don’t let any barrier get in the way of what you want to do. Break through or get around the barrier instead!