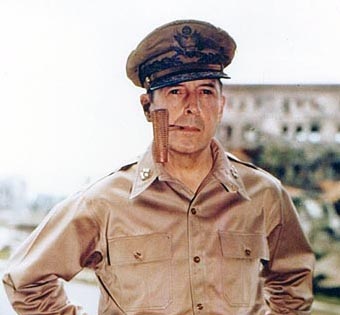 It is little known, but Peter Drucker, “the father of modern management,” wrote in his book The New Realities that management was a liberal art and listed four essentials required for practicing management without using quantitative methods as the single approach. Embracing  management as a liberal art rather than utilizing “quantitative methods for business decisions” while ignoring other important factors such as ethics and social responsibility, he and Professor Henry Mintzberg at McGill University in Canada created a revolution in management theory and management practice.

Mintzberg and Drucker had come to similar conclusions. Mintzberg said that management was a practice where art, science, and craft meet and then put this into practice by launching two accredited graduate management programs  without the usual financial analyses or accounting courses. If that weren’t enough, he followed this with a book Managers, not MBAs which explained that left-brained courses emphasized in the MBA were impeding, not assisting in the development of managers. They were neither producing better managers nor helping the practice of management. That was more than twenty years ago. Mintzberg’s programs are still producing outstanding managers internationally trained in his methods of teaching management as a liberal art.

Meanwhile at Claremont Graduate University in California, Drucker’s former school, Minglo Shao, Bill Pollard, and Bob Buford, members of the Drucker Institute at Claremont, discovered Drucker’s writing about management as a liberal art in The New Reality. They sponsored Professor Joseph Maciariello to do the research and he introduced the term MLA in his book Drucker’s Lost Art of Management. Together they introduced Drucker’s ideas on management as a liberal art along with ethics and social responsibility as a philosophy and created the term “MLA.”

Using Drucker’s basic formula and incorporating Henry Mintzberg’s and others’ ideas and research, my efforts began when I was asked to speak about MLA to a class of visiting executives from China to a graduate school at which I had formerly been president.

One visiting executive asked: “Aren’t good leadership and MLA the same thing?” The students were confused because although they had been provided many real examples of good MLA, there were no common procedures for attaining the results in these models, and the question by the executive was on target. What did differentiate MLA from good leadership? One student quipped: “If it works, its MLA; if it doesn’t work, it’s not.” Even if good leadership, too was philosophical, MLA needed application procedures based on Drucker’s ideas. This forced me to do a more complete study, not only of Drucker’s work on MLA, but of others and to probe deeper. I was surprised to discover that Drucker had specified leadership as one of four essentials for practicing MLA, the others being knowledge of specified liberal art topics and the very important essentials of self-knowledge and wisdom which I’ve discussed in previous papers.

Leadership was Drucker’s Fourth Essential, but My First

Drucker listed leadership as the last of the four essentials of MLA. He considered all four important, but I knew leadershipwas important, and it had been my major interest for many years both in theory and as a practitioner. Moreover, I had discussed leadership in a paper during my doctorate studies under Drucker and some years earlier in a major leadership project that I was working on.

The paper was for a class that I took from him at Claremont Graduate University for my PhD back in the 1970’s. He had given me a good grade but scrawled in handwriting worse than mine: “Now I’m really confused.” I re-read what I had written some years ago and was confused, too. I think that I would have been less generous in the grading of my paper than he had been.

Older and wiser I had written several books on leadership in the interim and was writing another based on a study of combat leaders who had become successful in civilian pursuits and what they had an learned that they had applied to their endeavors outside of the military.  This book had an introduction by the former Chief of Staff of the Air Force and was also recommended by General Schwarzkopf, who had led Operation Desert Storm a year or so before my study. I had developed principles from this work which I called the eight universal laws of leadership and asked for Drucker’s comment on each prior to the book’s publication. He agreed with my selection of these laws and commented briefly in person during lunch together as I had requested.

“You are entirely right and absolutely correct in listing this as your first law,” he had said. “A leader can be well-liked and popular and even competent and that’s all well and good, but if he lacks integrity of character, he is not fit to be a leader.”

Drucker had written in one of his books: “Character is not something you can fool people about. The people with whom a person works, and especially subordinates, know in a few weeks whether he/she has integrity or not. They may forgive a person for a great deal: incompetence, ignorance, insecurity or bad manners, but they will not forgive a lack of integrity.”

“This seems obvious, but some managers do try to cut corners rather than mastering the knowledge that they must have and that is essential to the quality of their performance.”

Drucker wrote: “leadership rests on being able to do something others cannot do at all or find difficult to do”.

“I’m uncertain what you mean by this. If you mean that a leader should declare his objectives, his mission – by all means.”

“The failure of many is because they show no commitment, or commitment to the wrong goals. This gets back to your third law. Commitment comes from a worthy mission and then strong commitment.”

Drucker wrote (referring to what non-profits could teach business): “non-profit directors tend to have a personal commitment to the organization’s cause. Few people sit on a church vestry or a school board unless they deeply care about the religion or education”.

“There is a cautionary tale. One must not be a ‘Pollyanna’. Still the central thought is correct. One cannot be negative and succeed in anything.”

Drucker wrote: “Whenever you see a successful busines

s, someone once made a courageous decision.”

Take Care of Your People

“Many managers are failing to do this, and it will catch up with them.”

Drucker wrote: “A leader has responsibility to his subordinates, to his associates.”

This point requires some further explanation. What I meant by this is that the leader had a duty to accomplish the mission and a duty to take care of those form whom he or she was responsible. The leader’s own needs must come only after fulfilling these duties.

“This should be the basis of all leadership. The leader cannot act in one’s own interests. It must be in the interests of the customer and the worker. This is the great weakness of American management today.”

Drucker wrote: “Douglas MacArthur … built a team second to none because he put the task first … He was also unbelievably vain, with a tremendous contempt for humanity, because he was certain that no one came close to him in intelligence. Nevertheless, he forced himself in every single staff conference to start the presentation with the most junior officer. He did not allow anybody to interrupt.”

Get Out in Front

“Very true whereas junior leader or the CEO the leader must be where the work is the most challenging. During World War I, the deaths among higher ranking officers was rare compared with those they caused by their incompetence. Too few generals were killed.”

Drucker wrote: “the human being himself determines what he contributes.”

Drucker was enthusiastic about the eight Universal Laws of Leadership, and for more than 30 years I have taught the laws to individuals and corporations all over the world. But as important as leadership is, it is equally important to remember that ethics and social responsibility and Drucker’s three other essentials are equally important, and to properly apply MLA, you must consider not only all four of his essentials, but not ignore quantitative analysis when appropriate or other MLA methods developed and proven such as Mintzberg’s mind set and other techniques he has put into practice in educating executives.

*Adapted and syndicated from a forthcoming book by  Francisco Suarez and William Cohen  PETER DRUCKER’S MOST IMPORTANT NEW REALITY: MLA Methodology and Its Practice

The Stuff of Heroes: The Eight Universal Laws of Leadership (Longstreet Press, 1998)

Drucker on Leadership by William A. Cohen(Jossey Bass, 2009)

Heroic Leadership: Leading with Integrity and Honor by William A. Cohen (Jossey Bass, 2010)

Consulting Drucker: Principles and Lessons by William A. Cohen (LID, 2018)