How to Negotiate Anything* 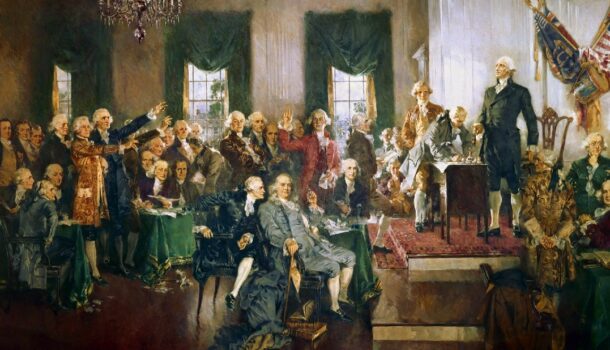 We negotiate everything. Our negotiations include starting salaries, raises, terms of employment, automobiles, homes, contracts of all types, commissions, fees, fines, choice vs. not-so-choice hotel rooms, relationships with the opposite sex including our spouses, table location in a restaurant, marriages, divorces, acts between countries in both war and peace . . . the list is unending. All of us negotiate every single day. It is no surprise that our political leaders must negotiate frequently, and it would be difficult to overestimate the influence of negotiation on both our professional and our personal lives. Yet negotiation is taught in few professional schools and even many relationship experts skip instruction and advice in this area. What makes negotiation especially interesting is that superior power from  strength, knowledge, wealth, or any other advantage does not in itself ensure a win and even a so called “win-win” negotiation may be dramatically unfair to one side or the other depending on a point of view or what one side expects and ultimately obtains.

Peter Drucker was a master negotiator, and he knew its importance. He was not selfish and wanted to help individuals, their businesses, and non-profits. But this didn’t stop him from negotiating $10,000 a day from willing corporations for his consulting services or charging zero to others if he had other objectives in mind.

Long before he became president, George Washington was a general, and commanded the American Continental Army. In the final battle of the American War of Independence, he had a short-term advantage, but there was also great danger in his strategy. Washington had moved the bulk of his army south to Yorktown, Virginia and maneuvered it so that he had superior numbers in the south as he confronted his British adversary. Lord Cornwallis’ commanded the British force which opposed him. Another major part of the British Army was in New York. However, because England had superiority at sea and had transport ships available in this situation Cornwallis considered the two forces mutually supporting because with the small American navy, he could move the large English force from the New York area to Yorktown to join with the British army already in the Yorktown area fair easily. If Cornwallis did this, his army would outnumber Washington’s and the advantage of numerical superiority in Yorktown would pass to the English.

The Americans had no fleet to oppose such an operation. However, France was allied with the Americans and there was a French battle fleet in the Western Hemisphere commanded by Admiral Francoise De Grasse. Cornwallis probably overlooked it because it was in the Caribbean where it was safe during the storm season occurring in the Northern Hemisphere. Washington wrote to Admiral DeGrasse asking him to bring the fleet to stop the two British armies from joining together and to lend ship firepower in support against Lord Cornwallis’ Army at Yorktown for the upcoming battle. DeGrasse replied that though he could see the advantage of this move he was unable to comply due to the risk of losing his ships at sea in the upcoming season of hurricanes and tropical storms. If caught without a suitable port in northern waters, he would risk loss of his entire fleet. Washington immediately informed him that if he brought the fleet north at once, he would initiate the  battle before the coming storms. He could therefore guarantee that his action against Cornwallis would be over before the fleet was endangered from the weather. The fact that the fleet could help the Americans in battle without the risk of weather damage was an important factor in their negotiation which convinced DeGrasse who moved the fleet and supported Washington during the battle first by preventing the two British forces from joining to gain numerical superiority, but also by using the fleet’s firepower during the battle itself, Cornwallis was unable to bring reinforcements from New York, and outnumbered, outgunned, and running low on supplies, he was forced to surrender his army to Washington. This ended the American War of Independence. During surrender ceremonies Cornwallis ordered music played appropriately entitled “The World Turned Upside Down” confirming the enormity of the outcome from his point of view.

The term “win-win” negotiation has become popular over the last thirty years or so, but if you look closely, even a negotiation under the most draconian terms may be considered a “win-win.” The Treaty of Versailles was an example. When this treaty was signed with Germany, ending WW I, it was thought that it ended “the war to end all wars.” In fact, it led to a much larger war. Germany had little choice but to sign the treaty. Its armies were undefeated, but they could no longer be supplied to meet the allies increasingly stronger forces after the U.S. entered the war. The terms the allies insisted upon were extremely severe, with Germany not only suffering the humiliation of having to formally accept responsibility for the whole war, but loss of territory and agreeing to pay heavy war reparations to the allies. Still, it was a “win—win” in that Germany avoided complete collapse, starvation of its population and worse at the hands of the victors, since Germany defenseless, the allies had the power to do what it wished.

Of course, there are situations where both sides may benefit mutually, and the situation may be considered fair minded to both sides.

One of the most popular books on negotiation infers that both sides in most negotiations should be fair minded. That may be true in some situations; but the assumption that this can be true in all, or even most, situations is a dangerous assumption.

Of course, We All Want to be Fair and Ethical

One should be ethical and of course, seek common interests and compromises that work. But it is foolish to assume that the other side always has such high moral principles and that it will not take advantage of you if they can, or at minimum what you consider fair and ethical and what someone else considers fair and ethical may not be the same. A salesman may not weigh your interests equally when his own family’s welfare is at stake, nor an opposing attorney when the very ethics of his profession is to do everything within the law to protect and seek the other side’s best interests, not yours.

Or another example. When you negotiate a salary at work, as a new employee, your future employer may see it in the best interests of the company to keep your starting compensation as low as possible. It may be limited by company policy to salary increases of 3 % or less in a year.  So even a 10% increase in starting compensation over your current salary could be the equivalent of more than three years in raises no matter how spectacular your performance. If you depend on a negotiating adversary’s goodwill, regardless of implied promises, you may be disappointed.

We Frequently Must Negotiate with Those More Powerful

If this weren’t bad enough, we frequently must negotiate with those who are more powerful or at least appear to be more powerful than ourselves. How do we deal with one whom has greater clout? If you are a millionaire, you can hire a high-priced lawyer. But what if you are not and you must negotiate with an entity such as the U.S. government, a large corporation, or a traffic cop? In international negotiations countries are happy to negotiate a result which leaves them in a position to attain goals in the future to obtain which cannot be attained be  in the present.

Five Important Rules for Negotiating with a More Powerful Entity

The following simple rules for negotiating with powerful entities can help you to be effective:

1. Prepare yourself fully. Never attempt to negotiate anything without doing a complete analysis of the situation and preparing a plan including your response to unexpected problems or opportunities and surprising situations or information.

2. Never believe anything told you by someone you are negotiating with unless the accuracy of the information presented to you has been confirmed previously. Otherwise assume only that it could be true.

3. There will always be pressures on your side to make a deal. Usually whoever you are negotiating with has an equal, or even greater pressure to make a deal for some other reason. You may be in a much stronger position than you think.

4. Never be afraid to ask for more after someone has given you a “best and final” offer. Sometimes just the question, “is that the best you can do?” can be worth a great deal.

5. Always be courteous and polite to the one you are negotiating with even if you can’t make a deal.

7. Think of the effect of anything you say to or about an adversary in a negotiation.

*Adapted from the book Peter Drucker on Consulting: How to Apply Drucker’s Principles for Business Success by William A. Cohen (LID, 2016) and syndicated elsewhere.

Illustration above: Scene at the Signing of the Constitution of the United States, by Howard Chandler Christy  (1873–1952)