How Peter Drucker Became “The Man who Invented Management* 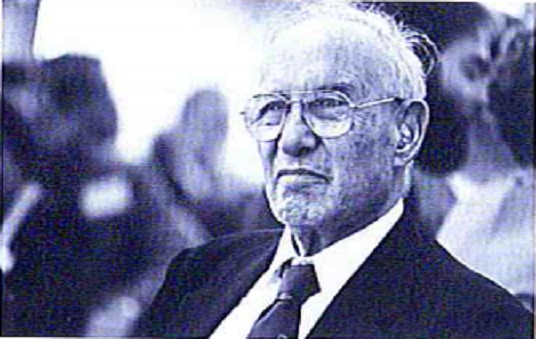 Drucker practised what he taught and wrote

Millions of managers worldwide have heard the name Peter Drucker. Even if you are not involved in management or business you may have heard that Drucker was the most famous management thinker over the last hundred years, and perhaps of all time. Drucker could easily have qualified as a self-help and motivational guru even though ‘guru’ was a term he did not use when describing himself. Drucker not only believed in and taught self-development, but he practised the methods he developed (which he called self-management) himself. Moreover, Drucker believed that every person was responsible for their own acquisition of learning and applying these principles in their advance to reach their personal best. And there was a real reason that this was important. “The most crucial and vital resource you have as an executive and as a manager is yourself; your organization is not going to do better than you do yourself”,he said.

Drucker’s Concepts Fuelled His Own Success

Drucker’s own career and accomplishments confirmed his concepts. Drucker practised what he taught and wrote. And he reached even the loftiest of his goals and dreams. There are many great managers, and distinguished professors, who could potentially claim the title that Drucker holds. Yet, if you input “The Father of Modern Management” into a search engine, you will see that it is his name which pops out – every time.

How did this inexperienced young man, born and raised in Austria early in the last century become a seer, predicting events decades into the future, an advisor of powerful chief executives and heads of state about what they should or should not do? How did he write books that, years after his death, are read by tens of thousands of executives worldwide seeking success, who often go on to intensely study, reflect on, and apply Drucker’s wisdom to managing activities from corporations to politics to religion? It is only Drucker to whom Jack Welch, the legendary CEO of General Electric (Fortune’s “Manager of the Century”), Rick Warren, Pastor of the famed Saddleback Church, and billionaire Chinese businessman Minglo Shao share common allegiance for success.

How Avoiding College Led to Genius

Drucker claims to have developed his start because he was encouraged to participate in conversations with his father and his father’s friends. This may be common for many fathers, yet one doesn’t see their offspring being acknowledged as a genius or becoming known as the founding father of anything except perhaps grandchildren. But clearly Drucker started with something somehow and his ideas grew to be powerful and effective. He learned from his mistakes and constantly refined his principles over his long lifetime of 96 years. Again, although a fair number of individuals live well into their 90s today, they do not necessarily become acknowledged as the ‘father of modern management’. Most tend to repeat the same types of mistakes activities without any improvement at all. Such was not the case with Drucker.

As he grew older, Drucker did not at first want to attend a college, at least the way most students do. Instead he took an apprenticeship with a cotton-exporting company in Hamburg, Germany away from his parents. At that time, even more than today, an apprenticeship was mostly applied to the trades. The idea was very much like “The Sorcerer’s Apprentice”. Whether the intent was to become a sorcerer or something else, the apprentices were expected to spend their time mastering the work to learn the position. During his apprenticeship, Drucker had been attending night school, studying law at Hamburg University, even though his parents had the money and wanted him to study full-time in a prestigious institution as a more conventional student. After just one-year Drucker quit the apprenticeship but continued studying. Then he got his first job as a journalist afterwards writing for a regional newspaper, the Frankfurter General-Anzeiger. Moving to Frankfurt after Hamburg, he again went to night school at the University of Frankfurt. He explained to us, his own PhD students, that he graduated with the easiest, quickest, doctorate that he could attain; a practical PhD in international and public law.

Until I wrote these words, it never occurred to me that all of us, his students at the time, were or had been senior executives and that we too were studying and working towards a practical PhD in his new PhD program at what was then Claremont Graduate School. Today it is the Peter F. Drucker and Masatoshi Ito Graduate School of Management, part of Claremont Graduate University. Like Peter, we mostly went to night classes. While we were required to take one or two courses in each discipline, we looked at no individual discipline in depth nor did we take a multitude of courses in a single chosen business speciality as most PhD students did then and now. Therefore, while we considered the work challenging, our professors felt, for the most part, that we were getting an easy doctorate, rather than in-depth studies that would help us do research in a single discipline after the acquisition of our doctorates. This must have been very much like Drucker’s doctoral study in international and public law at the University of Frankfurt, a degree he completed in 1931. Drucker had designed this new PhD, he said, to educate ‘super managers’ for the new challenges sure to come in the new century.

Drucker is known for his accurate predictions, but he did much more. In the 1950s Drucker became one of the first to assert that workers should be treated on the asset side of the ledger instead of being considered liabilities. Additionally, he was one of the first to say that marketing and selling were not the same, and the only one that I know of to claim that selling was not a subset of marketing but could be adversarial to it. It was Drucker who introduced the idea of decentralization, a concept adopted by almost every large organization in the world and the basis of many other management concepts. He promoted management by objectives, whereby performance evaluations are not based on generalities or appearances, but on objectives and goals agreed to earlier by both supervisor and subordinate. He introduced the revolutionary idea that since there was no business without a customer, the purpose of a business as far as society was concerned was not profit after all, but the rather peculiar notion of creating a customer. This led to the rise of companies which focused primarily on the customer and thereby became immensely successful. How else do you explain a college dropout like Steve Jobs creating an entire high technology industry? Jobs himself explained: “If you keep your eye on the profit, you’re going to skimp on the product. But if you focus on making really great products, then the profits will follow.

Nor was Drucker afraid to point out what everybody “knew” was generally wrong. Take Douglas McGregor’s management concept of Theory X (authoritarian management) versus Theory Y (participative management) in which most people assumed that Theory Y should always be adopted over Theory X. Drucker pointed out that McGregor had meant only that the two approaches should be further investigated to determine when each was more appropriate for motivating employees, not to automatically adopt one over the other.

On completion of his apprenticeship and his law degree Drucker neither entered business nor practised law. By then he was on to a system of self-development and when he left Hamburg for Frankfurt on completion of his apprenticeship in 1929, he again worked while he studied. So, there he was again, studying and working simultaneously. However, by then he had decided on a career as an academic. He contacted his uncle at the University of Cologne seeking help in attaining a teaching job.

Many of Drucker’s contemporaries with similar ethnic backgrounds refused to accept what Hitler’s rise meant. Drucker had read Hitler’s autobiography Mein Kampf (My Struggle). He said that Hitler was the most dangerous man in Europe. Others said that Hitler was only transitory and would soon disappear. Jews still refused to believe that anything bad could happen in ‘civilized’ Germany. They stayed in place and waited for some normalcy to return. Most perished.

Drucker was still in his 20s, hoping for a promising career at the University of Cologne. Instead he dropped everything and left for England within days of Hitler’s becoming German chancellor. Drucker may have already known that he himself had the brains and the internal strength to become all that he could be. Perhaps so, perhaps not. I once read that someone who was on the ship with him four years later when he sailed from England to America in 1937 claimed that Drucker, at the age of 28, had already mapped out his future including academia, writing, and consulting. In any case, Drucker did eventually attain these goals and went on to become world famous, In the process as some say, he was the man who invented management.