How Drucker, Einstein, and Freud did Analytical Research* 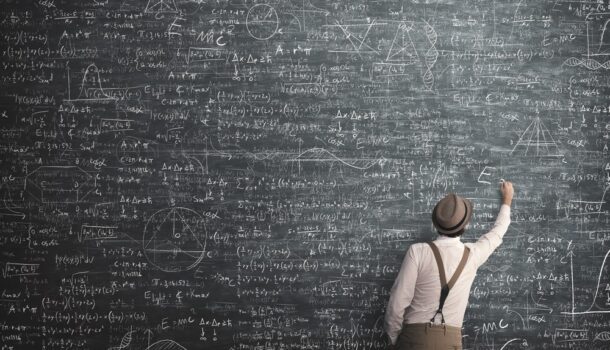 Analytical research starts with an unknown and proceeds to the known

Drucker wrote that the businesses he consulted for were his research laboratories. His research was based on observation of what went on. This type of research was also practiced by both Einstein and Freud. It’s termed  analytical research.

Drucker did not arrive at his theories in a laboratory surrounded by microscopes, computers, and white-coated scientists, but by people and things and their interaction to which he applied his observation and analysis. Drucker declared management not a science but a liberal art. Therefore, while most management researchers use the synthetic method of research with multiple observations testing one or more hypotheses for statistical mathematical differences, Drucker used the liberal arts and analytical research.

Einstein also used analytic and not synthetic methods of research. In 1905, he produced four ground breaking papers in one year, winning the Nobel Prize for theoretical physics. None of the four were written in the laboratory, but rather during spare time while at his first post PhD job as an assistant patent examiner in  the Swiss Patent Office in Bern. Analytical research again.

How Einstein Developed his Two Most Famous Theories

Einstein conceived both the Theory of Relativity and developed the most famous equation in history (E= mc²), the equation for the conservation of energy during at that Swiss Patent office. The first was structured around imagining himself traveling along side of a beam of light. It is possible that Einstein provided Drucker with the idea for his methods. They are similar. While Drucker observed phenomena and interactions of people in organizations, Einstein observed things and Freud observed the contents of his subject’s minds.

In an article in the London Times written in 1919, Einstein explained what he called his “Theories of Principle.” He wrote that his theories:

“. . . employed the analytical, not the synthetic method. Their starting-point and foundation are not hypothetical components, but empirically observed general properties of phenomena, principles from which mathematical formulae are deduced of such a kind that they apply to every case which presents itself.”

I do not know whether Drucker and Freud read Einstein’s article. Drucker was only ten years old at the time it was published. I doubt whether he knew English at the time. However, Drucker did refer to Einstein in publication, and it is possible that he read his article. Synthetic research uses data obtained and a hypothesis based on multiple inputs. It then tests the hypothesis to prove or disprove it by testing the hypothesis mathematically for significant difference. Most researchers in academia take this approach. Analytical research on the other hand starts with an unknown and proceeds to the known. There are no hypotheses. One definition of analytical research is “a specific type of research that involves critical thinking skills and the evaluation of facts and information relative to the research being conducted.”

Freud believed that by analyzing dreams and memories, we can understand them, while they subconsciously influence behavior and feelings.

The analytical process is how all three: Einstein, Freud, and Drucker arrived at their theories. Their analytical approach used a simple model:

2. Analysis of what was observed

3. Construction of Theory based on these observations

They observed the results of their psychological techniques without multiple surveys or a hypothesis. As a result, Freud’s psychoanalysis, though widely adopted and the basic process still used, it was never termed a science.

Unexpected Insights at an Academic Conference

I found insights into Drucker’s analytical methods about thirty years ago; I was invited to participate as a member of a panel of marketing textbook authors at an academic conference. The purpose of the panel was to discuss the lack of influence of marketing textbooks on management practice. During this discussion, one question was directed specifically at me. I was the only one of the five academic authors on the panel to have written both professional books for practicing managers and textbooks for students. The question was why it was that managers seemed many years behind adopting the latest practices described in textbooks while innovations appearing in “trade” books seemed to be almost immediately tested and adopted by practitioners? I think someone mentioned Japanese Management and Total Quality Management as than recent examples.

I thought for a moment and then responded: “The writers of textbooks must bring together research from many sources to confirm the main points or theories they discuss in their textbooks. In many cases, there are alternate theories to present regarding the methods proposed for practice. In addition, the time needed for the textbook writer to do research, must be added the time for the original researcher to conduct experiments, including gathering data from multiple sources, testing hypotheses and to find suitable academic journals for publication. This can require many months before such a paper is even accepted. Even after the textbook is published and used in the classroom, textbooks are used to instruct students and rarely read by practitioners. It may take several years before these students are in positions of authority and able to put into practice what is taught. Nevertheless, research journals are generally more respected than books by researchers in academic institutions, and their accreditors. On the other hand, a professional book based on theory resulting from personal observation can more quickly be applied to practice as the professional book goes right into the hands of a practitioner who can put it to into immediate use.”

This was further confirmed by distinguished consumer behavior researcher Jagdish Sheth in a presentation at which he noted that though he had numerous publications in research journals over a thirty year period he had received only two inquiries in total from these articles,  whereas he had recently completed an article for  Wall Street Journal and received almost 200 hundred  letters from practitioners.

While preparing a lecture for doctorial students on the value of writing professional books for disseminating theory as Drucker did, I came across additional material supporting Professor Sheth’s experience. Many of the most widely publicized theories of management reached practitioners first by publishing a book and getting the information directly to the user. These include not only Drucker’s Management by Objectives from The Practice of Management (Harper & Brothers, 1954) and other methods resulting from Drucker’s theories, but also, Abraham Maslow’s Hierarchy of Needs disseminated through his book Motivation and Personality (Harper & Brothers, 1954) and Douglas McGregor’s Theory X and Theory Y disseminated through his book The Human Side of Enterprise. (McGraw-Hill, 1960). There were lots of articles published in research journals on these topics, but this was after professional books had already been published by the originators of these ideas and the theories had already been tested and were known to practitioners. Research that was published was written to confirm or deny various aspects of the theories that the book authors introduced, or the authors themselves wrote to help define their theories which they had already published in books.

Drucker empirically observed general properties of phenomena or through his questions and their answers, had his clients do so. He did not start with synthetic mathematical formulae into which data was inserted to determine the better method but used his powers of observation and reasoning in determining  theory and then further testing this material as he saw it applied.

This is perhaps why, although Drucker claimed that he always began with his ignorance, yet he insisted on measurements and numbers when seeking to measure performance and progress. Yet he mostly ignored quantitative means in developing his theories.  Less clear was the process he followed. When queried as to his methods, he said only that he listened, and then paused adding, that he listened “to himself”. This comment was made in a humorous and not an arrogant way. It is probable that Drucker was speaking 100% accurately. He listened to his own logical reasoning in developing theory or in applying the resulting theory in action by his clients. That he followed an established process was clear although unlike Einstein, he did not publish it. Still, it is highly likely that their methods were similar, if not identical.

This important tool was a part of Drucker’s considerable mental arsenal. It is especially important since he did not use models of mathematical analysis to arrive at his conclusions and recommendations. I cannot state the mathematical equations or his favorite methods of determining significant differences, because he taught us none. Still, if we understand that his processes were like Einstein’s that is observation and analytical thinking, we may do the same in research and management decision making and get similar results.

This does not mean that synthetic research should be abandoned. Only those investigations might be accomplished more efficiently or effectively in some situations by a different means and consequently that alternate methods of research can be used.

*Adapted from Peter Drucker on Consulting: How to Apply Drucker’s Principles for Business Success  published by LID in 2016 and Consulting Drucker: Principles and Lessons from the World’s Leading Management Consultant