Everyone is a Customer and with Customers, We Negotiate Everything* 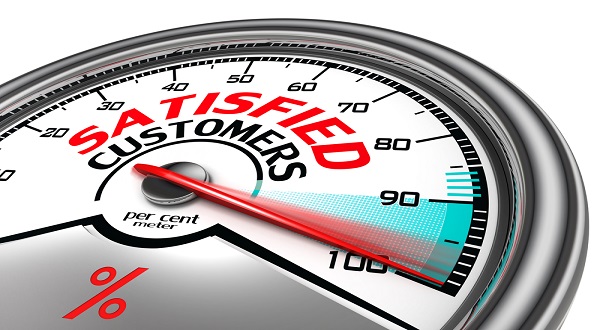 “it’s not what you want to sell; it’s what your  customer wants to buy.” Those words were emphasized in my classroom by well-known Direct Marketing expert, Freeman Gosden, Jr. who came as guest speaker. In one sentence, Gosden summed up what Peter Drucker considered the essence of good selling and marketing. Drucker found that all too frequently sellers proudly introduced features as part of what was offered in their products or services, frequently at considerable expense, that were unwanted, or considered less desirable by prospects, ignoring what was wanted or even demanded. When the customer failed to buy the product or service the seller suffering losses declared that the customer was irrational. Was the customer irrational or did the seller fail in negotiating by not fulfilling the customer’s wants and needs?

Attempting to persuade a prospect to purchase a product or service through its unique properties, we are negotiating. If we fail to negotiate effectively, we fail to make a sale.

As highlighted  in a recent TV ad for Little Caesar’s Pizza, price isn’t the whole story. With foods, the right taste is of significant importance. We also negotiate features of the service accompanying what we want our customer to buy, and not only the quality of that service but how it is provided.

Some servers providing a type of service are preferred over others even if the quality of the service is the same if it is not what is wanted  by the customer. Why else are some doctors preferred over others, even rejecting a perfectly good doctor who has graduated from a top medical school in favor of one who is lesser-known and may objectively possess less ability? Sometimes we say that a customer prefers a doctor who has a better “bedside manner” or reject another he claims lacks this quality even without being able to define what this means.

If we expand examples, our definition of the product, we might include starting salaries, raises, terms of employment, automobiles, homes, contracts of all types, commissions, fees, fines, choice vs. not-so-choice hotel rooms, relationships with the opposite sex, table location in a restaurant, marriages, divorces, and peace treaties . . . the list is unending and depends on many factors, all of which can be of particular importance to a particular customer or customer group. We negotiate with these every single day. Consequently, it is no surprise that our political leaders must negotiate with voters as well as with representatives of foreign institutions and adversaries. It would be difficult to overestimate the influence of negotiation on our professional, and even our personal lives. What makes this even more challenging is that frequently we must negotiate with varied entities we have not explored fully and do not really know what or why they want something. That is what both Freeman Gosden and Peter Drucker were stressing.

If we examine negotiation closely we can see it is actually a dialogue between parties in which both want to reach a beneficial outcome although they may understand the benefits entirely differently and consequently want something different than the seller thinks. Negotiators need to understand what the other party really wants in order to increase their chances of closing deals and reaching a favorable agreement, maximizing their own benefits and their customer’s to achieve mutual satisfaction. As I wrote last month, King Gillette made a fortune and restructured an entire industry by practically giving away his safety razor after recognizing that what his customers really wanted was a good shave provided by the blades. So why not give away the razor and  making a more money selling blades? Which is what Gillette did.

There are many Definitions of the Term “Win-Win” Negotiation

The “win-win” negotiation has become a popular term over the last thirty years or so, but if you look closely, even a negotiation under the most draconian terms may technically be a “win-win.”

The Treaty of Versailles is an example. When this treated was forced on Germany, ending WW I, it was thought that it ended “the war to end all wars.” In fact, it led to a much larger war. German’s armies were undefeated, but its civilian population was suffering to the point of revolution, so the rulers of Germany had to make peace. The terms the allies insisted upon were extremely severe, with Germany not only suffering the humiliation of having to formally accept responsibility for the whole war, but loss of territory and agreeing to pay almost impossible war reparations to the victorious allies. Still, it was a “win—win” in that Germany avoided civil collapse. Recognition of what Germany really wanted and needed and adjusting the resulting treaty accordingly might have avoided WW II.

One of the most popular books on negotiation infers that both sides in most negotiations are fair minded. That may be true but whether your negotiating partner is fair-minded or not is irrelevant. In business, it has helped to further the myth of the “irrational customer.” But Drucker maintained that the customer is never irrational. The customer sometimes just doesn’t see the situation in the same way as the seller.

We All Want to be Fair and Ethical

One should be ethical and of course, seek common interests and compromises that work in negotiations. But, it is foolish to assume that the other side always seeks the high ground in negotiations and what someone else considers fair and ethical is the same as your own interpretation. The allies thought themselves fair and ethical when they imposed the Treaty of Versailles. After all, they had paid heavily for their victor in both life and treasure.  A salesman may not always weigh your interests equal to his when his or her own income or career is at stake, nor an opposing attorney when the very ethics of his profession is to do everything within the law and rules of legal ethics to protect and seek his client’s best interests, not necessarily yours.

Or, when you negotiate a starting salary at work, your potential employer may see it in the best interests of the company to keep your starting compensation as low as possible. He may be limited by company policy which he sees as reasonable to increases of 3 % or less in a year or a salary no higher than 20% of your last employment. Those are facts in the human resources policies of some companies. As a consequence, even a 10% difference in starting compensation could be the equivalent of more than three years in raises no matter how spectacular the new employee’s performance. If you depend on a negotiating adversary’s goodwill, regardless of implied promises or intent, you may be greatly disappointed.

We Sometimes Must Negotiate with out of Weakness

If this weren’t  challenging enough, we frequently must negotiate with those who have more power in the situation than ourselves. How do we deal with or seek joint and common interests with a wealthier adversary against whom we have little clout? If you are a millionaire, you can hire a high-priced lawyer. But what if you are not and you must negotiate with an entity such as the U.S. government, a large corporation, or a traffic cop?

The Most Important Factors in Negotiating

Yes, it is never what you want that is of primary importance: it is not what you want to sell, but what your customer wants to buy. IBM was considered the best, if not the best marketing company in the world at the time that Steve Jobs, who couldn’t construct a computer board by himself led a small team with limited engineering, scientific, or marketing education and introduced the Apple personal computer and created an entire new industry because it was what was wanted. IBM had hundreds of scientists with PhDs; Jobs didn’t have a single one. IBM was the largest computer firm in the world selling billions of dollars in massive computers in the U.S. and internationally, with revenue of $20 billion a year; Jobs was selling computer boards in the U.S. with sales of a couple hundred thousand dollars. IBM had one of the largest work forces in the world with about 300,000 employees; Jobs had maybe a dozen employees.

However, IBM’s Estimate of the PC market in the U.S. was wrong because it wanted to sell a product than was different from what the customer wanted to buy. The assumption made by IBM was that the PC would have essentially the same features as the giant models they were currently selling to governments and  corporations, just scaled down for the individual. Jobs saw the market differently. The PC that he visualized was much inferior in comparison with limited capabilities. However, Jobs PC was affordable to his prospects and the market for his computer was practically unlimited.

It’s important to remember that Jobs competed not only with IBM, but many existing companies. He didn’t have the money, financial resources, or personnel. Still, he was successful in competing with competitors many times his size and in selling his product to potential customers. He knew that it was not what he wanted to sell, but what they wanted (and could afford) to buy.

*Adapted from the book Consulting Drucker by William A. Cohen (LID, 2018) and syndicated internationally.